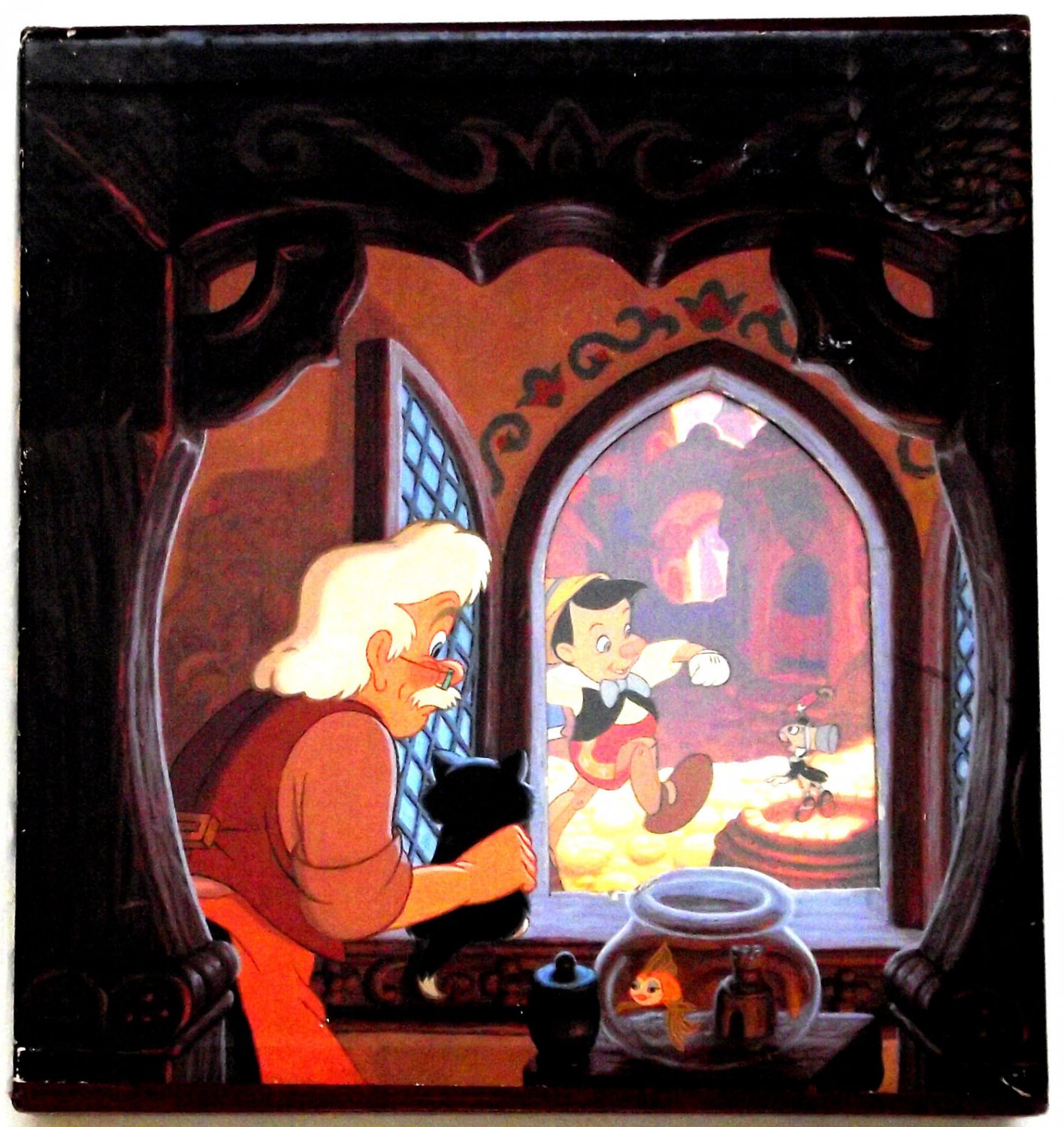 Tweet
Disney Animation The Illusion of Life signed limited edition book, signed by Frank Thomas and Ollie Johnston is for sale. Disney Animation The Illusion of Life was Abbeville Press in 1981, and this rare deluxe edition comes complete with the dust jacket, original custom slipcase and “a foot of original film from a classic Disney feature”, which in this instance is from Snow White and the Seven Dwarfs.

The slipcase is highly decorated to the front, back and spine with a scene from the Walt Disney film Pinocchio; with the image to the front completed when the book with its dust jacket is inserted into the slipcase. The sturdy slipcase is in Very Good condition with extremely minor shelf rubbing to the top and bottom of the slipcase.

The dust jacket has a wonderful colour scene from the Walt Disney film Pinocchio, with a wrap-around design that goes from the front cover, spine and onto the back cover of the dust jacket. The dust jacket is in Fine condition and comes with a removable clear protective cover.

The front pastedown bears a label from Walt Disney Productions that states:

Underneath are the clear signatures of Frank Thomas in red ink and Ollie Johnston in blue ink.

This stunning and important book on Disney, signed by Frank Thomas and Ollie Johnston who were part of the original team of Disney animators knows as “Disney’s Nine Old Men”; and is highly informative and profusely illustrated with colour and black and white illustrations. This stunning book is in Fine condition.

This is a rare opportunity to own a very rare and collectable Frank Thomas and Ollie Johnston signed limited edition book.
... [Full Description]

Other Products from thefirstedition (View All)