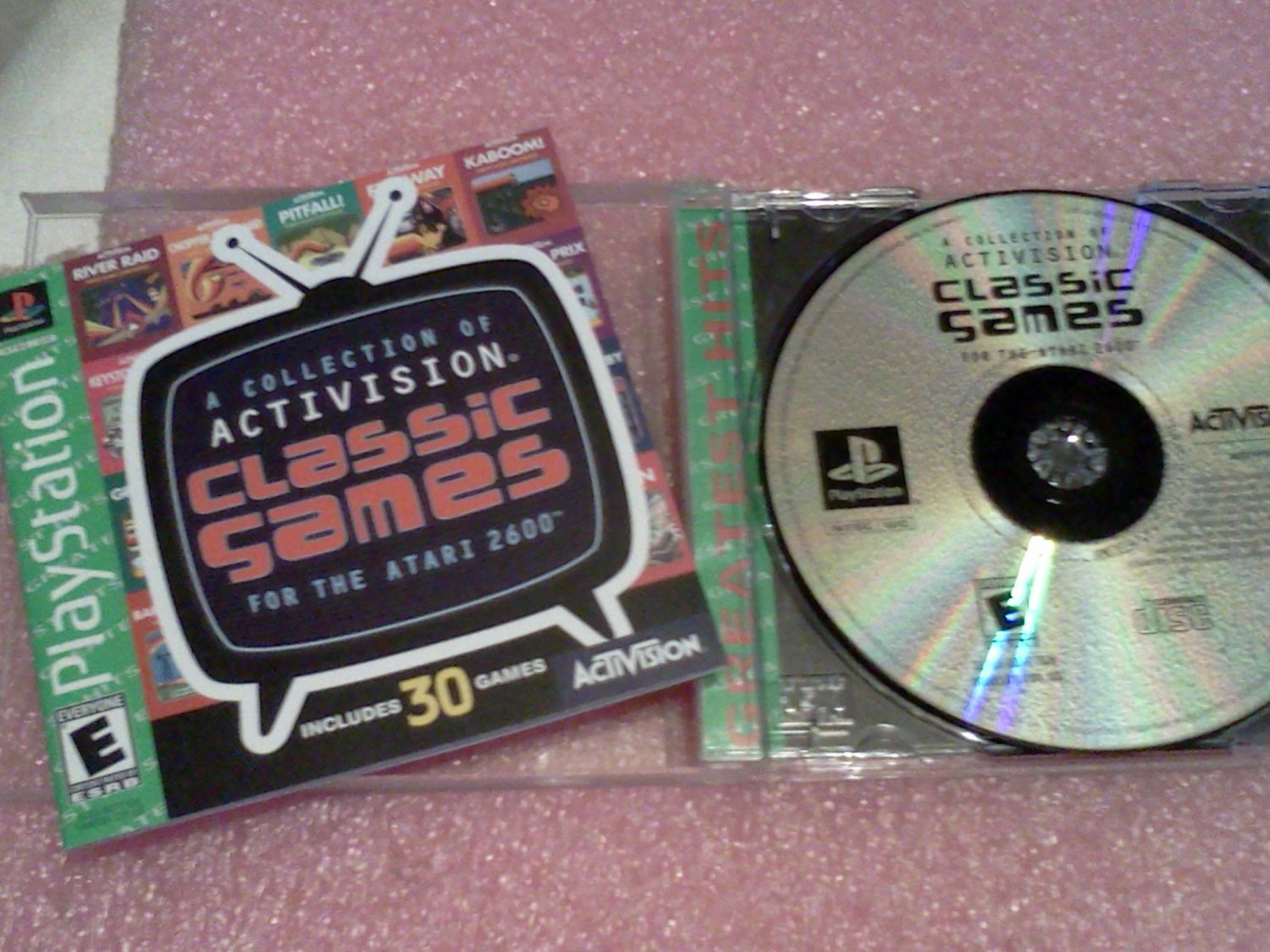 Tested, Complete, Case has a crack on the back, disc has light wear but seems to play ok. A must have.

Product Information
Activision Classics takes 30 of the more popular Atari 2600 games and puts them onto one PlayStation CD. Atari 2600 was one of the first major console systems available to the mainstream market. Coming out in the early '80s, it set a new standard for modern day gaming.

There are several types of games included on this disc. For instance, in Kaboom!, you will need to stop a mad bomber by moving a little line across the screen to catch his bombs, trying not to let any bombs get past you or the game is over. Keystone Kapers is a side-scrolling action game where you are a cop trying to stop bank robbers by chasing them through various buildings until you catch them and collect the stolen cash.

Perhaps the most classic game on the Atari 2600 is Pitfall!, one of the first and most influential platform games to ever to be released. Swing from vines, jump on alligator heads, and avoid quicksand and tar pits while trying to collect jewels and other prizes.

PlayStation emulates the Atari 2600 and shows the graphics in their original form. Activision Classics is for anyone who wants to take a trip down memory lane or see what inspired how videogames would be played forever.