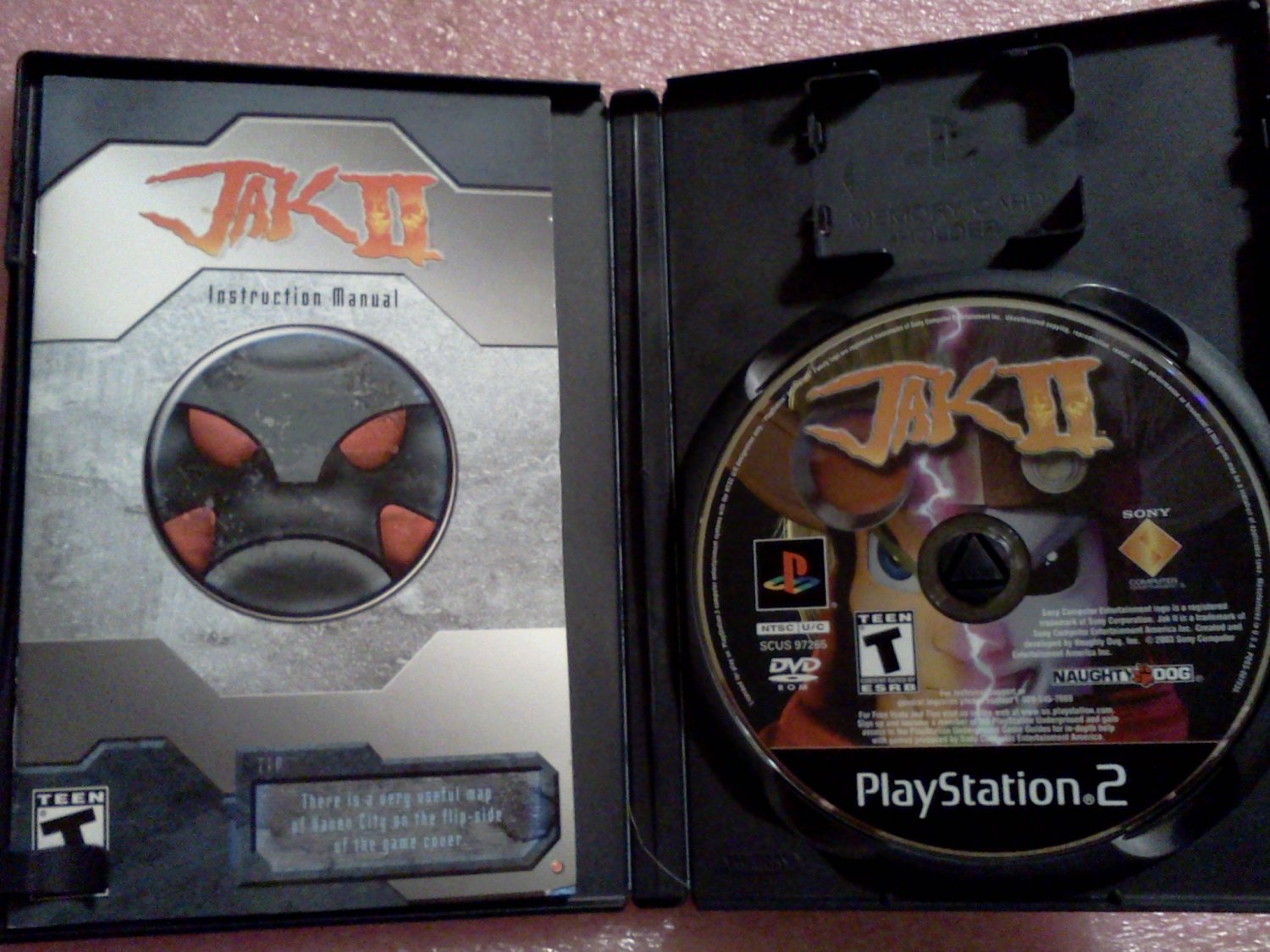 Tested, Disc does have scratches/skuffs on it but seems to play fine. The manual is bent/torn. See pics. Another fun game.

Product Information
The sequel to 2001's best-selling Jak and Daxter once again follows the exploits of the elfin hero Jak and his churlish sidekick, a weasel-like creature named Daxter. Using the same 60 frames per second graphic engine as its predecessor, albeit with a number of refinements for more dramatic visual effects, Jak II takes place in a darker, more futuristic world than the original game. The titular hero, now older and wiser, has a number of new moves and abilities this time around, all of which are available right from the start. As players make their way through this mystical world, acquiring power-ups and interacting with an assortment of characters, they will unravel over an hour of cinematic cut-scenes to further the story.

Jak's new skills have him zipping around the world atop a hoverboard, using multiple weapons such as a laser rifle to neutralize foes, and performing a number of acrobatics to escape from harm's way. The game blends action sequences with light puzzle-solving situations, whether it's shooting through a series of rotating pipes on the hoverboard, traveling at high speeds in a vehicle, or aligning multiple objects in a specific direction to trigger a gateway. For this second game in the 3D platform series, developer Naughty Dog (Crash Bandicoot) called upon the talents of Hirokazu Yasuhara, designer and co-producer of Sega's Sonic the Hedgehog series on the 16-bit Genesis, to assist with level planning.