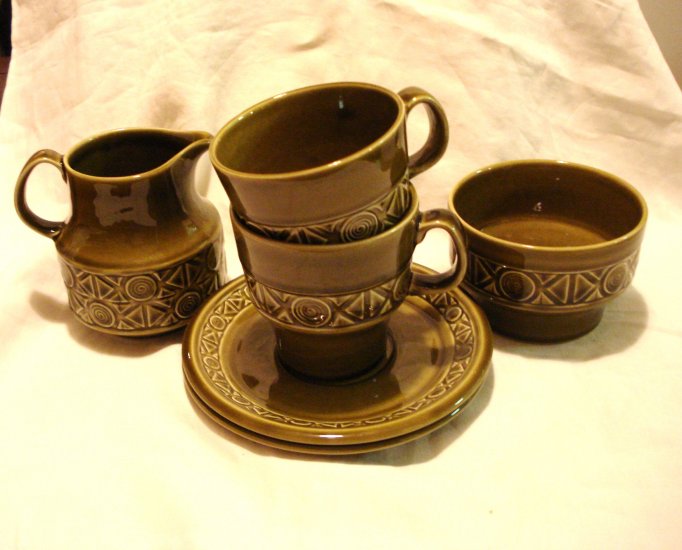 Tweet
Two cup and saucer sets and a creamer and sugar bowl from Beswick, England.

The pattern is called Zorba and was designed in 1968 by Graham Tongue and produced by Beswick between 1970 and 1973 in brown and green. This is the olive or slightly avocado color. The motif is circles and triangles forming squares.

The listing consists of 2 cups and 2 saucers and a cream pitcher (creamer) and a sugar bowl. All 6 pieces look to be in unused condition. They are marked on the bottom, Beswick England. The creamer is also marked 2225. This is evidently a rare pattern produced near the end of Beswick's existence. The company was purchased by Royal Doulton in 1969 and the later pieces were marked Royal Doulton. These pieces are not.