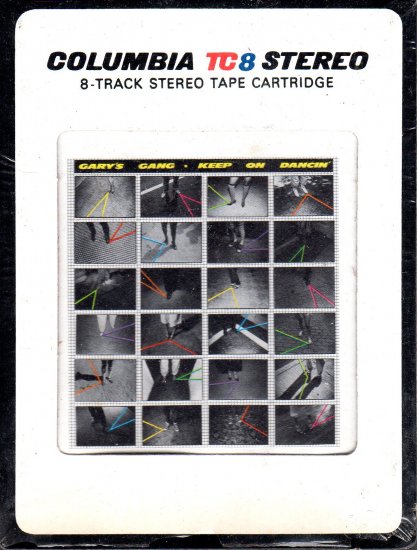 Tweet
Gary's Gang was a funk/soul/R&B/disco group who just missed having a U.S. Top 40 hit, when their lone Billboard Hot 100 entry, "Keep on Dancin'", reached #41 in 1978. The song climbed to #8 in the UK Singles Chart, #14 on the Hot Soul Singles chart in 1978. and also made #1 on the Hot Dance Club Play chart, as did two of the group's other songs: "Do It At the Disco" and "Let's Lovedance Tonight". The latter was later used as the sampling background track to Soulsearcher's 1999 #20 Club Play hit, "Can't Get Enough".

In the 1980s Gary's Gang also enjoyed further U.S. and European success with the 1982 single "Knock Me Out" (#45 UK) and the 1983 hit "Makin' Music", which reached #8 on the Hot Dance Club Play chart. Gary's Gang was the brainchild of Joseph Tucci, who put the group together when he sold "Keep on Dancin" to Sam Records in Long Island City NY. The song was written, produced and recorded in Joe's Richmond Hill garage. All vocals were sung by Joseph Tucci, who also played all the instruments except for the drums which were played by Gary Turnier. After shopping the song to all major labels for several weeks, a record deal seemed elusive, the majors had all declined. Sam Records in Long Island City NY, picked up the record and to their total surprise was an instant club hit. Sam Weiss sold the record to Columbia Records a few months later, the rest is history.

Other Products from 8tracksrback (View All)