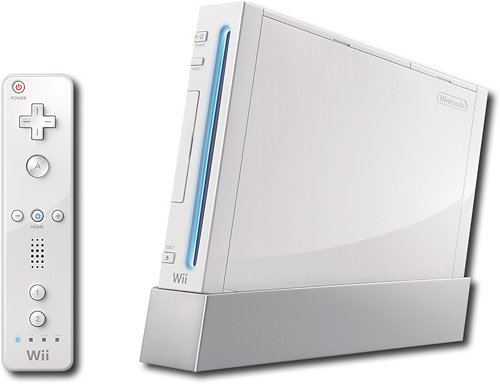 Tweet
DesignFeaturing a compact design that makes it a natural addition to any television setup, the Wii console is white in color and can be displayed either vertically or horizontally.

Size
About 8.5 inches long, 6 inches wide and less than 2 inches thick (roughly the size of 3 DVD cases stacked on top of each other).

Input / Output
Input: Four Wii Remotes can communicate with Wii, which features a bay for an SD memory card.
Output: An AV Multi-output port for component, composite or S-video.

The Wii console can communicate with the Internet even when the power is turned off. The WiiConnect24 service delivers a new surprise or game update, even if the system is idle. Users can connect wirelessly or by using a Wii LAN adaptor.
... [Full Description]

Other Products from worldwide-electronics (View All)