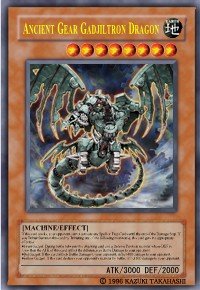 If this card attacks, your opponent cannot activate any Spell or Trap Cards until the end of the Damage Step. If you Tribute Summon this card by Tributing any of the following monster(s), this card gets the appropriate effect(s):

Other Products from ygocollectibles (View All)