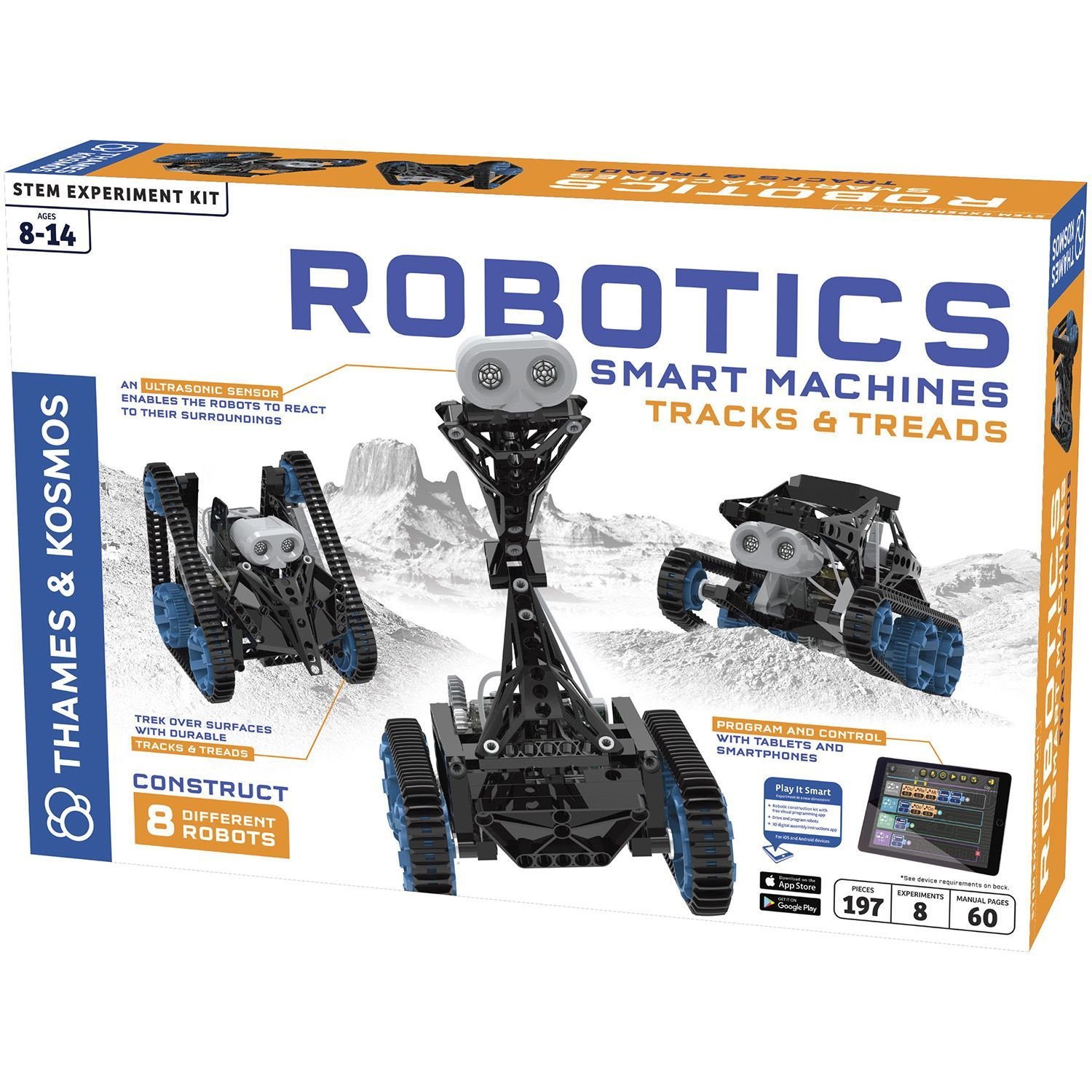 Tweet
Contructs 8 different robots
ultrasonic sensor enables them to react to their surroundings
reusable/reconfigurable
Robotics is a vast, thrilling, and sometimes overwhelming interdisciplinary field involving physics, engineering, and computer science. This kit gives kids a simple, fun, and customizable introduction to robotics that lets them build eight motorized machines controlled by programs and an ultrasound sensor. The models all make use of continuous tracks, also known as tank treads, to move themselves and other objects around. Kids code the programs using an easy, visual programming app on a tablet or smartphone, which connects to the robot models via a wireless Bluetooth connection.
... [Full Description]

Other Products from sirzuastuffs (View All)