The Guardian by Nicholas Sparks 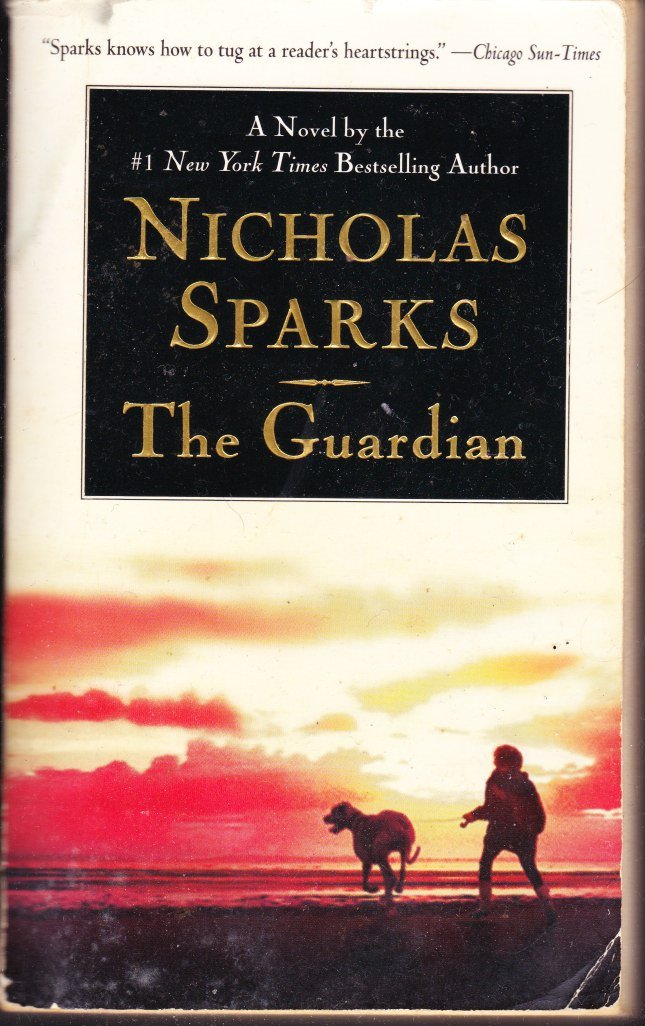 Tweet
The Guardian by Nicholas Sparks, Published by Warner Books, 2003.
494 pages. Book is used in decent condition. Cover shows minor wear. No writing inside.
Julie Barenson's young husband left her two unexpected gifts before he died: a Great Dane puppy named Singer and the promise that he would always be watching over her. Now, four years have passed. Still living in the small town of Swansboro, North Carolina, 29-year-old Julie is emotionally ready to make a commitment to someone again. But who? Should it be Richard Franklin, the handsome, sophisticated engineer who treats her like a queen? Or Mike Harris, the down-to-earth nice guy who was her husband's best friend? Choosing one of them should bring her more happiness than she's had in years. Instead, Julie is soon fighting for her life in a nightmare spawned by a chilling deception and jealousy so poisonous that it has become a murderous desire
... [Full Description]