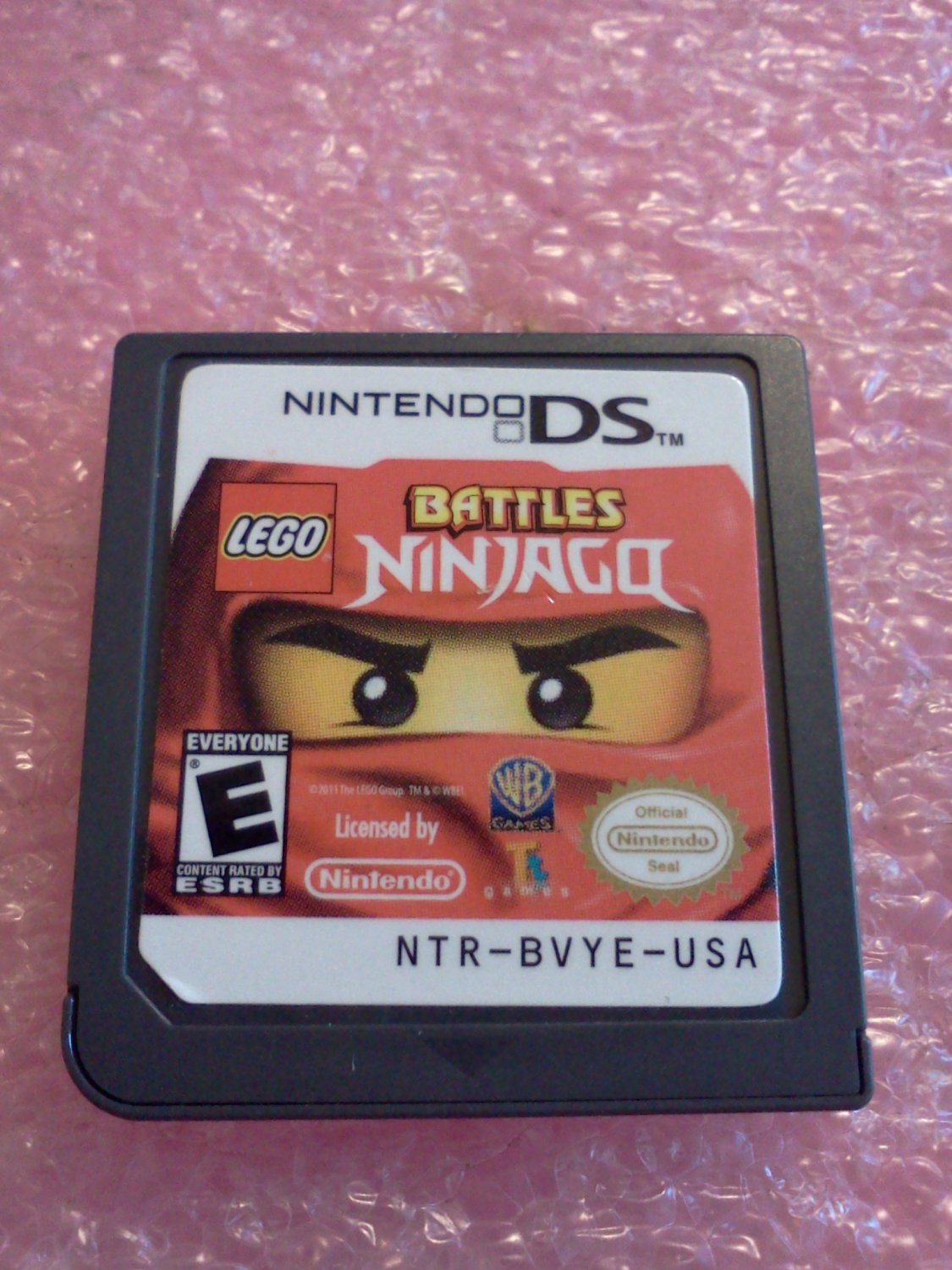 Product Information
Having successfully distilled huge movie franchises into small worlds filled with destructible blocks, LEGO turns to its own real-time strategy series to bring its martial-arts themed brand extension to gamers in LEGO Battles: Ninjago. Central to the game is Spinjitzu, a combat art in which characters whirl themselves into tornadoes to do battle with enemies. The story holds that the first Spinjitzu master gained dominion over the land of Ninjago by using four powerful ninja weapons: the Scythe of Quakes, the Nunchucks of Lightning, the Shurikans of Ice, and the Sword of Fire.

When the master died, these weapons were passed on to his two sons, Sensei Wu and Lord Garmadon. But a great war erupted when Garmadon's lust for power overtook him, and peace was only restored when the Spinjitzu heroes had banished the evil brother and his Skulkin minions to the underworld, and hidden the four powerful weapons. Dual single-player campaigns let gamers choose either side of this ongoing struggle as they build armies, master Spinjitzu attacks, and engage in large-scale battles against dragons and other supernatural beasts. Gamers can also take on six multiplayer "Battle" mode challenges, including four new tests and two challenges from LEGO Battles.