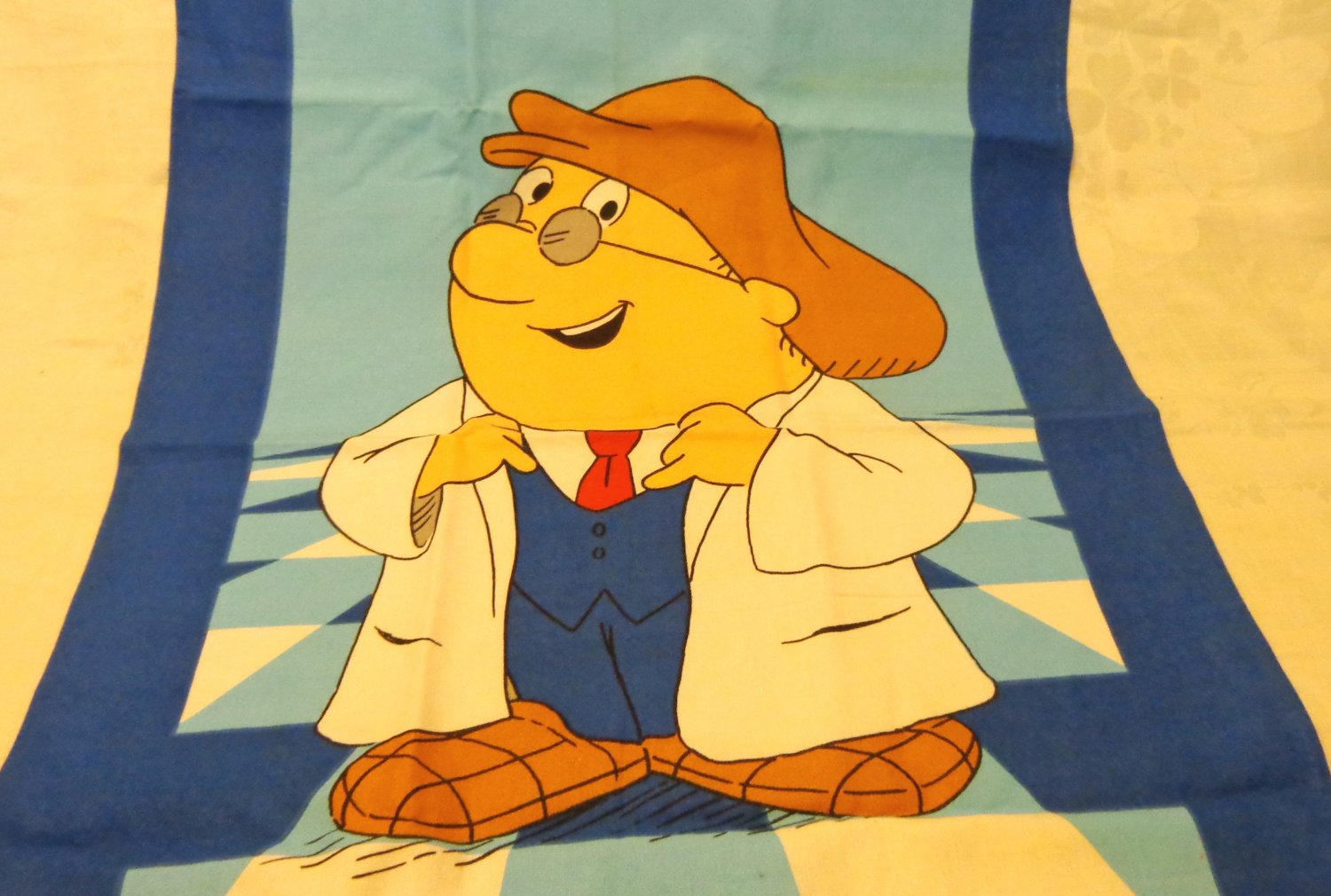 Tweet
An unused vintage promotional tea towel. Part of the Wyatt Cattaneo Tea Folk collection, this one featuring the Gaffer. it is 28 by 19 inches and in never used condition. Border is dark royal blue with a lighter blue surrounding the gaffer figure.

Wyatt Cattaneo was an important figure in modern day advertising. He embodied the Don Draper theory that advertising should make people happy, not necessarily instruct them. His campaign for Tetley tea with the Tea Folk was what he will be most remembered for. Besides the Gaffer the tea folk include Clarence, Sydney, Maurice, Gordon, Tina and Archie. These are not just cartoon designs but cartoon characters each with its own quirky personality. Very collectible. Wyatt Cattaneo died in 2010.