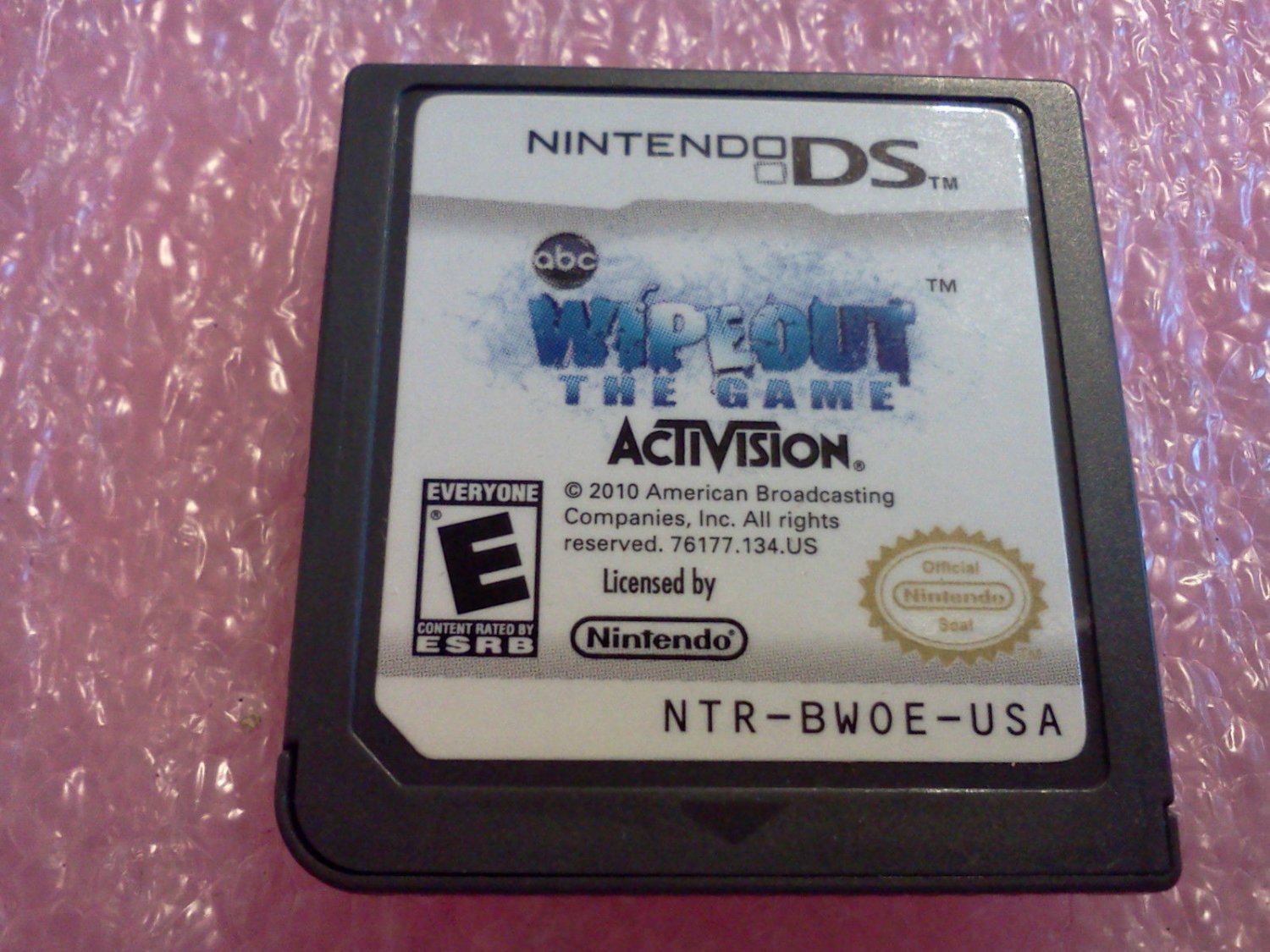 Detailed item info
Product Information
Wipeout: The Game is based on the reality television game show, broadcast on the ABC network in the U.S. Players take part in a series of obstacle course competitions, in which they must run, jump, climb, and balance as they race to the finish line. The game is hosted by virtual versions of television personalities John Anderson, John Henson, and Jill Wagner. As in genre-founding Japanese sports entertainment game shows such as Takeshi's Castle (known as MXC in the U.S.) and Sasuke, the run of the courses in Wipeout is reminiscent of a real-life platform game, with suspended pathways, moving parts, and successive challenges that require good timing and balance. Courses are lined with padded walls and are usually built above pools of water, to provide softer landings for contestants who fall short. The DS edition of the game features favorite TV competitions such as "Sucker Punch," "Big Balls," and "Sweeper."