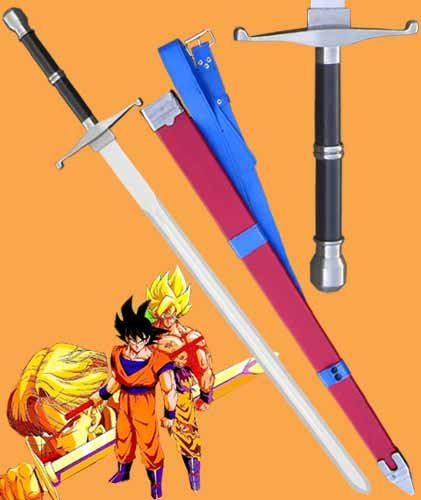 Trunks is one of the more popular Dragonball characters. He is a time traveler, come from the future to warn the past about the deadly robots and cyborgs of Dr. Gero. His appearance sets into motion of chain of events that will culminate in the spectacular Cell Game and the second death of Son Goku.

Trunks displays three types of chi blast in the manga. There is his standard chi blast, which is quite effective all by itself; the Kiaiho, which is an invisible bolt of force, and the "Burning Attack". Trunks makes a complicated series of arm gestures before bringing his hands together out in front of his body. He then fires off a massive ball of energy that is more than capable of destroying a small spaceship. Apparently, the video game version of Trunks has other attacks, including something called the Dragon Ball Z Sword Aside from his chi blasts, Trunks has demonstrated the standard set of powers for a Dragonball Z character (Swatting side chi blasts, flight, chi sense, and so on.)

Other Products from inahs1982 (View All)