Riddle of the Sphinx: An Egyptian Adventure [PC Game] 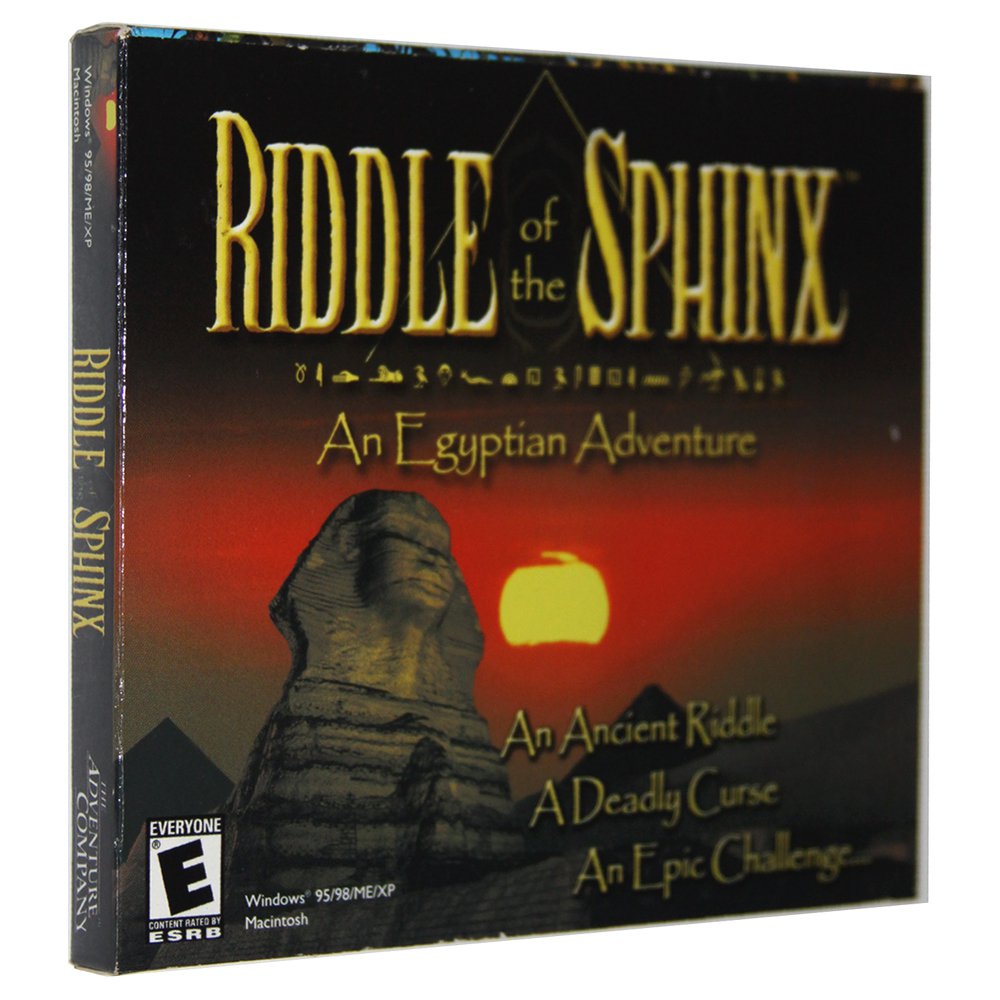 Tweet
In Dreamcatcher's Riddle of the Sphinx: An Egyptian Adventure, you take on the role of the closest friend of famed archeologist Sir Gil Blythe Geoffreys, a talented academician both at home and in the field. After discovering a secret chamber that has been hidden for centuries, Geoffreys finds an ancient scroll that he believes will help translate and solve the ancient Mystery of the Sphinx. Eager to discover the secrets, he breaks the seal and, after deciphering the contents, realizes he has unwittingly unleashed a terrible curse.

Fearing for his life, he calls upon you, his most trusted friend, to come and help him. Once in Egypt, you discover the archeologist and the ancient scroll have disappeared. With little to go on beyond his original message, you must find the scroll and the secret chamber as a starting point and embark on a quest to uncover the mysteries unleashed by your friend's discovery. As your adventure continues, you encounter cleverly designed deathtraps, logic puzzles, secret chambers, hidden tombs and disorienting labyrinths, as well as Geoffreys greedy colleagues.

Riddle of the Sphinx: An Egyptian Adventure features a soundtrack that matches the ancient Egyptian environments. Objects and surroundings are rendered in 3D with a variety of movement options including 90° and 180° turns in most environments and the occasional 360° virtual reality panoramic view. A point-and-click interface is used in conjunction with onscreen icons and menus.
... [Full Description]

Other Products from labelgames (View All)