The Shadow of the Winter Palace: Russia's Drift to Revolution 1825 - 1917 by Edward Crankshaw 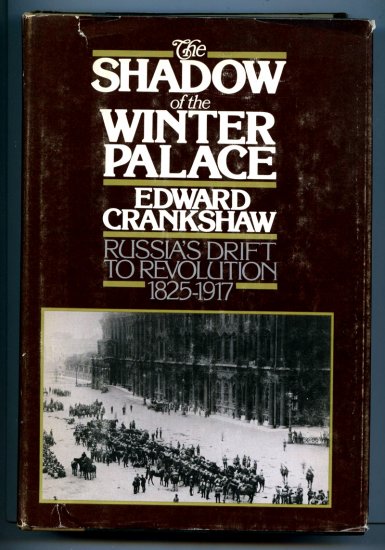 Tweet
The Shadow of the Winter Palace: Russia's Drift to Revolution 1825 - 1917 by Edward Crankshaw

Product Description
"A beautifully written and immensely readable chronicle of Russia under the last four tsars...a splendid achievement"
-The Economist

Exactly 175 years ago, on the Senate Square in St. Petersburg, a failed uprising ignited a process that would, one red October, finally sweep the autocracy away. The Shadow of the Winter Palace recounts an extraordinary century of Russian history, a politically tempestuous time that was also a Golden Age of intellectual and artistic achievement-the century of Dostoevsky and Tolstoy, of Rimsky-Korsakov and Tchaikovsky. A master stylist and a distinguished historian, Edward Crankshaw limns dazzling portraits of the czars, the revolutionaries, and a host of other unforgettable characters-and provides a riveting, sweeping history "jam-packed with information about the past and implications for the present" (The Atlantic Monthly).

"Crankshaw is a superbly literate historian...His greatest forte is a sympathetic yet never mawkish insight into the psyche of the men on whom rested the burden of ruling the vast empire. His portrait of Nicholas I is a masterpiece."