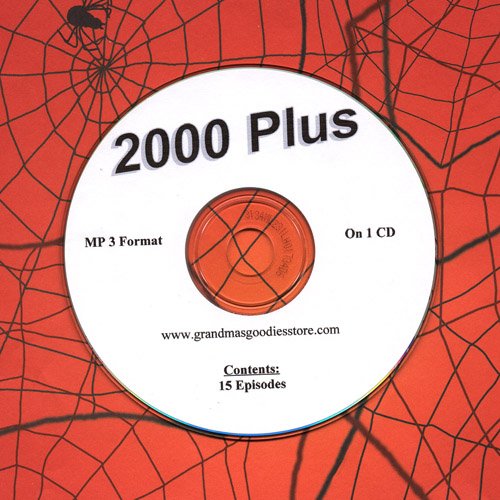 Two Thousand Plus is known as the first of the network science fiction shows, although it ran on Mutual just a month prior to the introduction of the landmark series, Dimension X. It was a half hour of science fiction wonder in an exciting package.

Listened to now, in the actual time of the show, the stories have a charm that is always present in science fiction of the future that is written in the past. "When The Worlds Met" takes place "at the giant space port in Washington, temporary capitol of the federated world government as in April 21, 2000 Plus 20 (2020) crowds throng as audio and televox networks cover a space ship carrying in its space hold the first load of uranium taken from the pits of Luna, satellite of Earth. "The Green Thing" (with pink eyes, and long stalks) is "a story of a horrible nightmare that wouldn't stop, even when the dreamer woke up, in the year 2000 plus 175". "A Veteran Comes Home" is about a space soldier's return from Mars to his anxiously awaiting wife and son he never saw. It's a touching (anti) war story that is as much about the early 1950's as it is about the future, as it first aired when President Truman was committing American troops to the UN Action in Korea.

THERE ARE 15 Episodes ON 1 CD AND THEY ARE IN MP3 FORMAT. THEY WILL PLAY ON ANY COMPUTER AND SOME CD PLAYERS THAT ARE MARKED PLAYS MP3s. YOU CAN EASILY BURN THEM TO A CD SO YOU CAN PLAY ON YOUR CAR SYSTEM. I HAVE THEM ON MY ZUNE AND ONE OF MY FRIENDS HAS THEM ON HIS I-POD. REMEMBER THEY ARE IN MP3 FORMAT AND WILL NOT PLAY ON MOST CD PLAYERS.