The Immortal NES game only 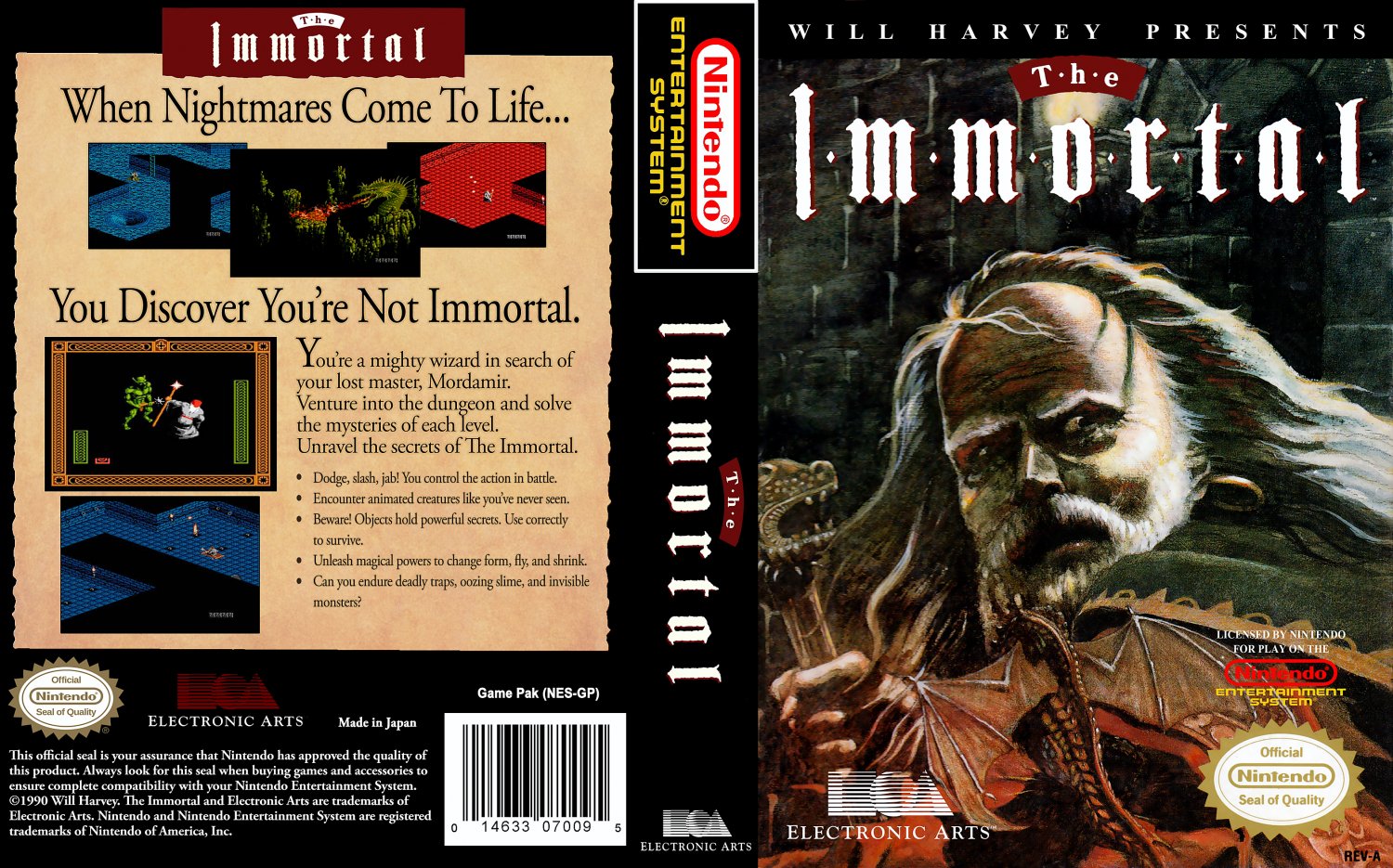 
The game begins with the player in control of an unnamed wizard. In the first room, the player is given the option of viewing the image of the character's mentor, another wizard named Mordamir. He is calling for help from deep below in the Labyrinth of Eternity, though he is attempting to communicate to another man named Dunric.

The two main types of creatures present in the labyrinth are the green pointy eared goblins and the yellow ram horned trolls, who are at war with one another. This is a minor plot element in the game. The player's actions in the earlier stages of the game, make it necessary for the main character to form an alliance with the goblins.

The majority of the story is revealed through dream sequences triggered when the main character rests on straw beds placed throughout the labyrinth. It is eventually revealed that Mordamir once ruled a prosperous city holding a fountain of youth and is battling against a dragon who seized said Fountain of Youth. The plot of the game undergoes a twist when the main character finds Dunric having been trapped by Mordamir, who is also the leader of The Trolls. In the end, the main character is inevitably confronted by both the dragon and Mordamir.
... [Full Description]