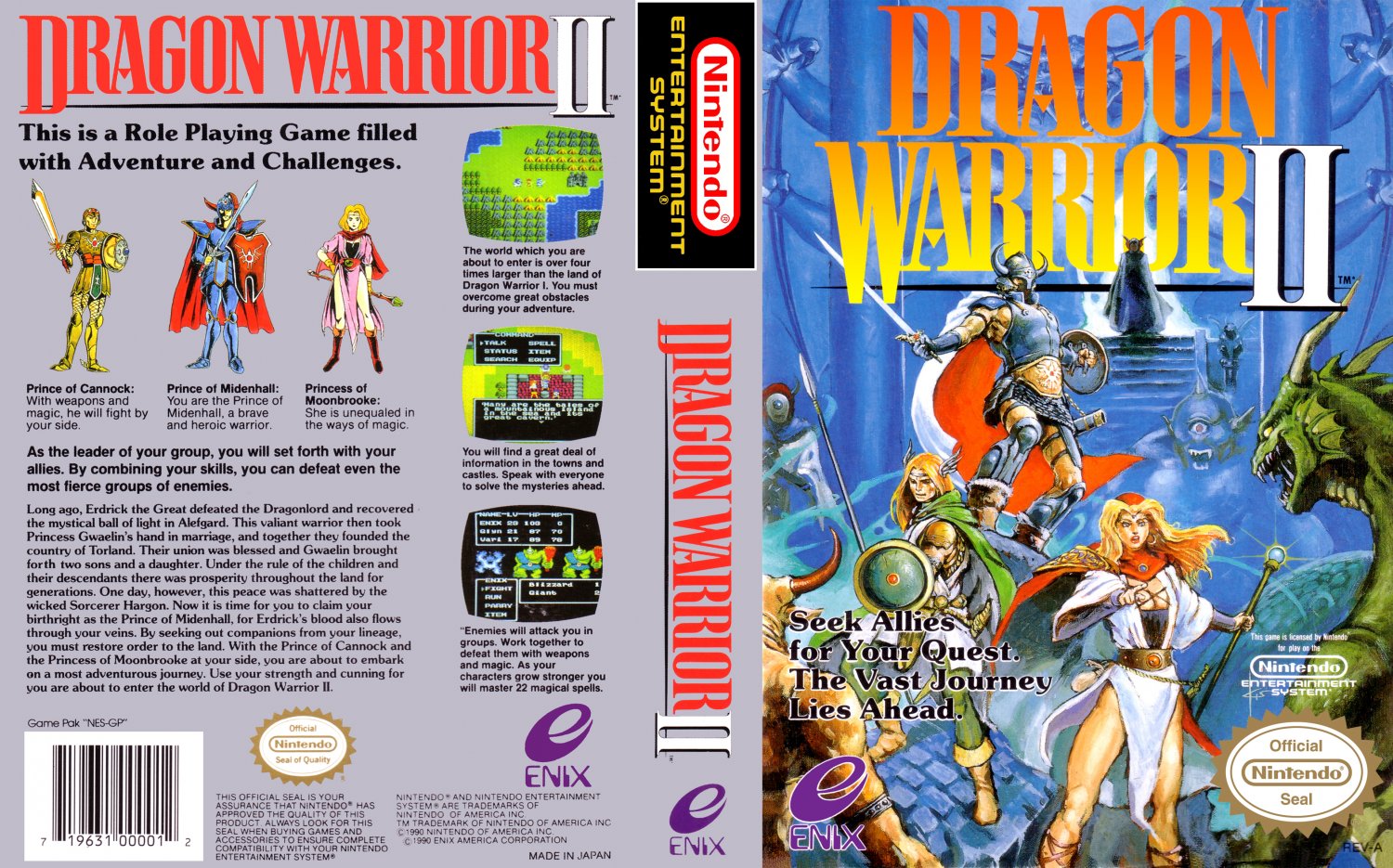 Dragon Quest II is set one hundred years after Dragon Quest.[9] The story begins with an attack upon Moonbrooke Castle by the wizard Hargon, who seeks to summon the demon Malroth to destroy the world.[8] A wounded soldier escaped the battle and fled to the kingdom of Midenhall, where he informs the king of the attack before he dies. The king then commands his son, who is a descendant of Erdrick (known as Loto in Japanese translations and some later localizations), to defeat Hargon.[13][14][15]

The Prince begins his quest alone, but is later joined by two cousins: the Prince of Cannock and the Princess of Moonbrooke.[11] After finding the Prince of Cannock, who began a similar journey at the same time as the Prince of Midenhall, they restore the Princess of Moonbrooke to her human form, having been transformed into a dog during Hargon's assault on Moonbrooke Castle, which was reduced to ruins.[5][11][16] As the trio quest to find and defeat Hargon, they secure a ship that allows them to travel across oceans to reach new continents, including Alefgard, which is where Dragon Quest took place.[5] There they meet the grandson of Dragonlord, the villain from the previous game, who gives the party valuable information.[17] He tells them that by collecting the five crests hidden around the world, the party can create the Charm of Rubiss, allowing them to defeat Hargon and his illusions. After obtaining the Charm of Rubiss, the party travels to Hargon's castle in the ice-covered plateau of Rhone and confronts Hargon in his throne room. Hargon is defeated, but he offers himself to Malroth and the demon emerges to destroy the heroes. Together, the three heroes slay Malroth and return to Midenhall, where the Prince is named the new king.
... [Full Description]