The Legend Of Zelda Gold Cart. NES Game only 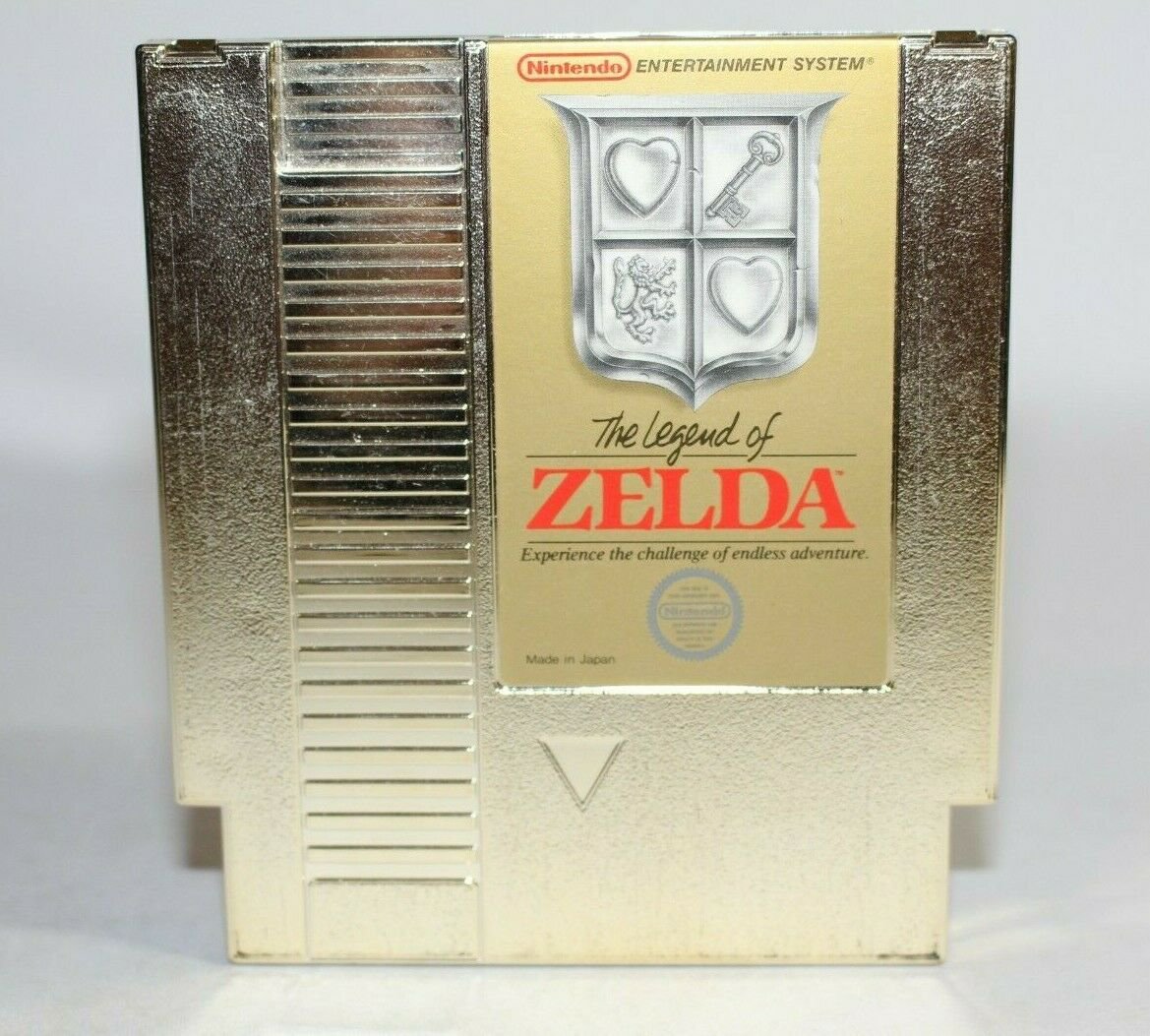 Tweet
The Legend Of Zelda Gold Cart. NES Game only

The story of The Legend of Zelda is described in the instruction booklet and during the short prologue which plays after the title screen: A small kingdom in the land of Hyrule is engulfed by chaos when an army led by Ganon, the prince of darkness, invaded and stole the Triforce of Power, one part of a magical artifact which alone bestows great strength.[10] In an attempt to prevent him from acquiring the Triforce of Wisdom, Princess Zelda splits it into eight fragments and hides them in secret underground dungeons.[10] Before eventually being kidnapped by Ganon, she commands her nursemaid Impa to find someone courageous enough to save the kingdom.[10] While wandering the land, the old woman is surrounded by Ganon's henchmen, when a young boy named Link appears and rescues her.[10] Upon hearing Impa's plea, he resolves to save Zelda and sets out to reassemble the scattered fragments of the Triforce of Wisdom, with which Ganon can then be defeated. During the course of the tale, Link locates and braves the eight underworld labyrinths, and beyond their defeated guardian monsters retrieves each fragment. With the completed Triforce of Wisdom, he is able to infiltrate Ganon's hideout in Death Mountain, confronting the prince of darkness and destroying him with the Silver Arrow.[30] Obtaining the Triforce of Power from Ganon's ashes, Link returns it and the restored Triforce of Wisdom to the rescued Princess Zelda, and peace returns to Hyrule.[3
... [Full Description]