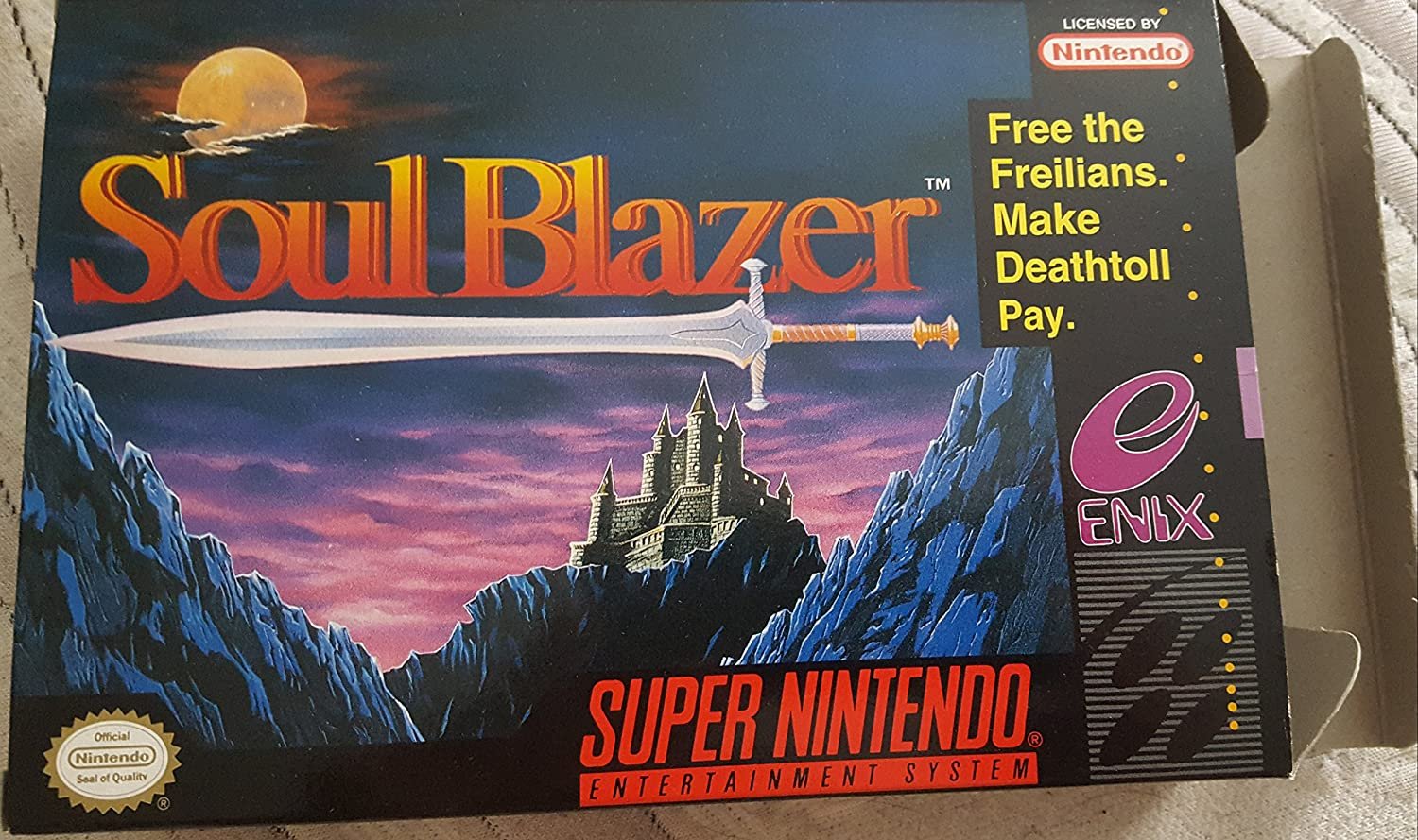 The Master sends one of his heavenly divine companions in the form of a human warrior to the Freil Empire, where the evil spirit Deathtoll has destroyed all villages and incarcerated the souls of all living creatures in his monster lairs, leaving the world empty. The warrior must defeat the monsters and liberate the inhabitants from the lairs, gradually repopulating the kingdom.

The Hero (Blazer) is the protagonist, a divine angel, deity or lesser-deity, or avatar, sent by The Master to restore the world's creatures to life. Skilled with a sword and possessing the ability to speak with any living thing and be understood, he battles the hordes of Deathtoll with the assistance of his Soul helpers.

The warrior travels throughout the kingdom, defeating monsters in each of six regions to gather six magic stones, each a different color, in order to open the path to Deathtoll, who now resides in the World of Evil. The warrior must also find three sacred artifacts to call upon the power of the phoenix to defeat Deathtoll.

On the way, the warrior falls in love with Lisa, the daughter of a brilliant inventor named Dr. Leo. The warrior learns that the world's devastation came about after King Magridd imprisoned Dr. Leo and forced him to make a machine to contact Deathtoll. After being summoned, Deathtoll offered the king a gold piece for each soul from his kingdom, and under the counsel of his wife, Magridd agreed, but was eventually imprisoned himself. Dr. Leo is still in Magridd Castle's prison after the warrior frees him, and Leo later sacrifices his life to kill the queen, who still wanted to bargain with Deathtoll.

After reaching the World of Evil and defeating Deathtoll, the warrior is returned to Heaven. However, one year later, the Master realizes that the warrior misses his life as a human, and agrees to send him back to the Freil Empire, but under the condition that the hero would not have any memory of his past. The hero wakes up in Grass Valley, where Lisa recognizes him. Though he does not remember her, they leave together and renew their friendship.
... [Full Description]