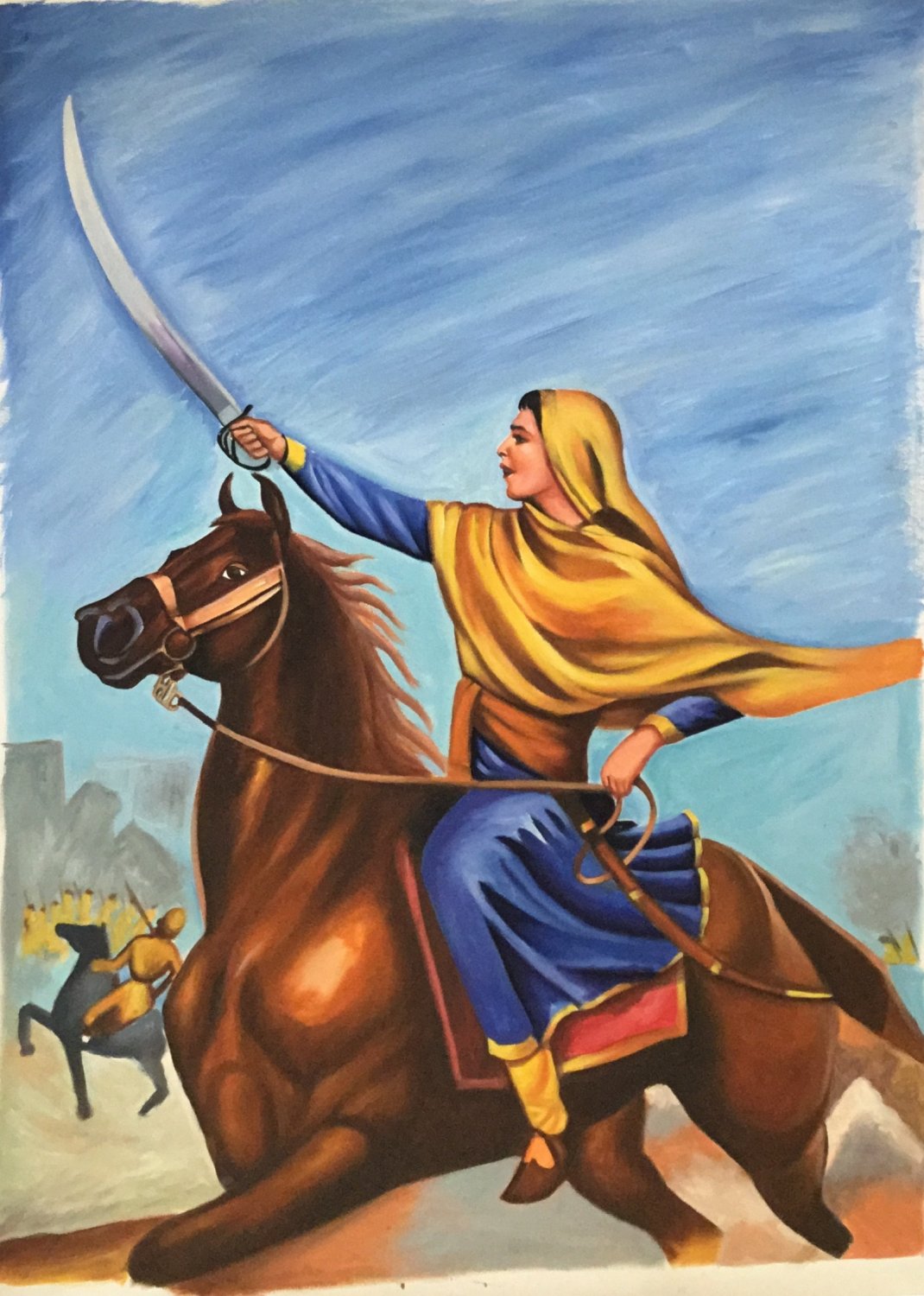 Take an amazing step back into the past with this painting of the 18th century woman Sikh queen warrior, Sada Kaur. It depicts her in a fine portrait.

An intelligent and ambitious woman, Rani Sada Kaur was instrumental in guiding a young Ranjit Singh to found the Sikh Empire. She played an important role in the rise and consolidation of Sikh power in Punjab.

Your decor will come alive with this art of the Sikh female warrior, Sada Kaur. Buy it now and bring the spirit of the queen to your home or office.

Other Products from artandindia (View All)