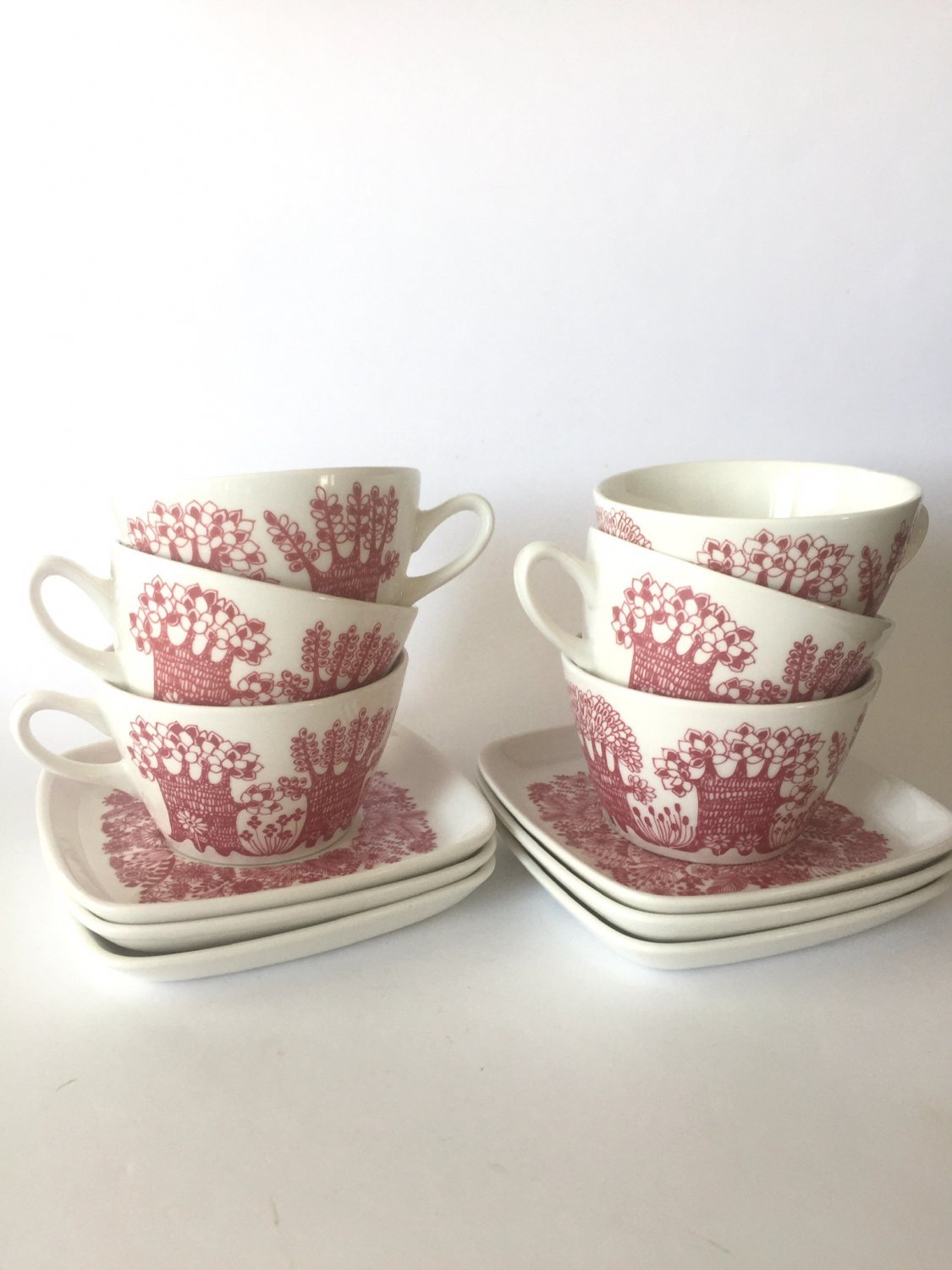 Tweet
Fabulous set of Figgjo Flint ARDEN with six (6) coffee cups and six (6) saucers. as shown in the pictures. All sets in very good vintage condition. The cups are in very good condition with very minor signs of wear on the bottom edge. Some of the saucers may show some very minor signs of wear, like minor scratching or cutlery marks. No chips, no cracks and practically not any visible sign of crazing of the glaze.

ARDEN series was decorated by Turi Gramstad Oliver in 1969 and the forms used in this series are from the classic line designed by Ragnar Grimsrud for Figgjo Flint. The decoration of the ARDEN series was inspired by the forest in Shakespeare's play "Midsummer Night's Dream" and each piece of the series may show a different character. ARDEN series was in production between 1969 and 1973 and was released by Figgjo after the amazing success of the series LOTTE and MARKET.
In comparison to other series, ARDEN was considered a commercial "flop" by the sales representatives working the international fair scene. The series poorer commercial results (compared with the huge success of Figgjo's previous series) led to its shorter production time and commercial career and for that reason there are fewer ARDEN pieces out there today. ARDEN pieces are harder to find, specially in good condition, and have became a very sought after collector piece.

[This item will be shipped overseas by the Norwegian Post (Posten Norge) with tracking number.

The Norwegian Post automatically places a tracking system on packages over 2kg. However, there is no insurance attached to this shipping. The store can not be held responsible for any damage or loss of the package.

Please contact the store owner for more information about insurance for packages over 2kg].
... [Full Description]