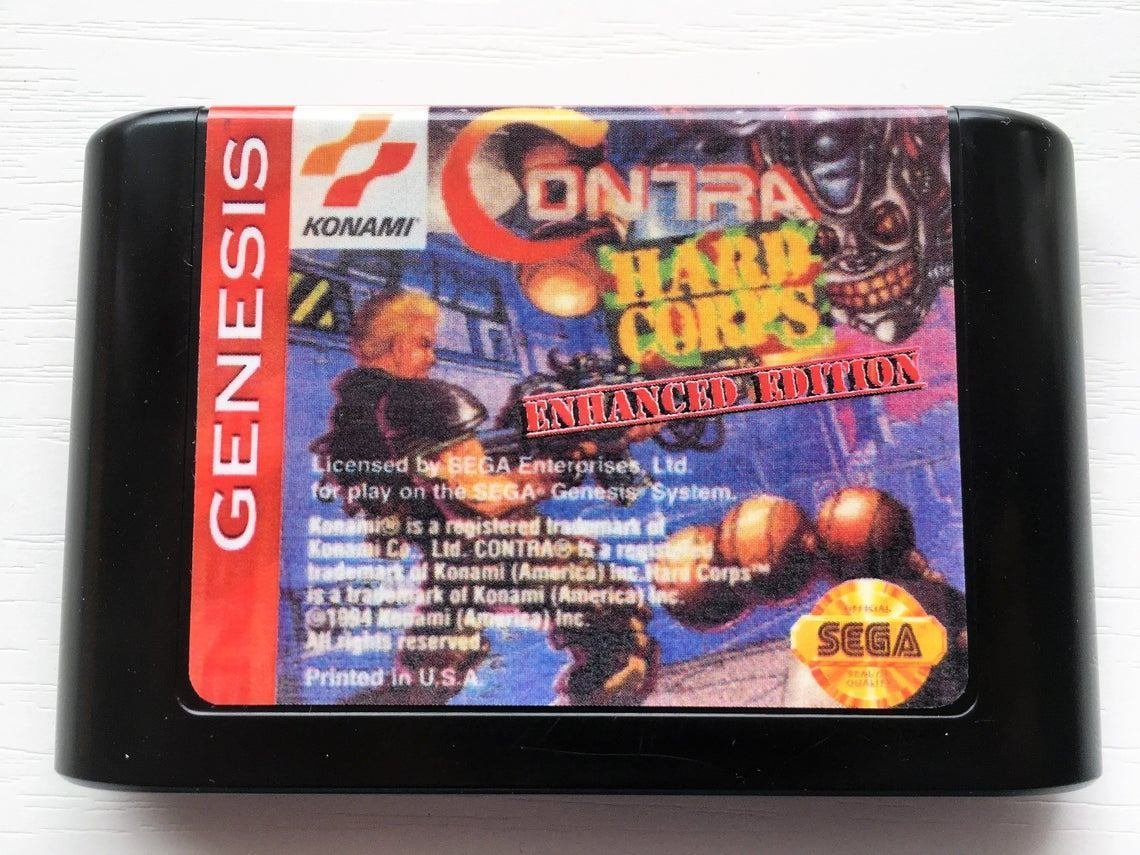 Tweet
Contra Hard Corps Enhanced Edition is a combination of two ROM hacks in one: the Enhancement Hack and the Hit Points Restoration Hack. Both of these patches bring the North American release of this game to be what it was meant to be, and it kicks so much a$$.

-This patch restores the ability to take three hits, complete with the life bar.
-Restores the three cheat codes that were also present in the Japanese version but removed from the US version.
ŌĆō (Note, however, that unlike the Japanese version, these codes are entered on controller ONE.)
ŌĆō Up to ten lives can be selected in the menu. (The default is three.)
ŌĆō Player 1 and Player 2 can now select the same character.
ŌĆō A new code is available that takes you to the gameŌĆÖs debug level! Press Left, Right, Left, Right, A, B, C, B, A, Up Down.

ŌĆ£Contra: Hard Corps is a side-scrolling run and gun-style shoot-ŌĆÖem-up video game released by Konami for the Sega Genesis in North America and South Korea in 1994. It was also released for the Mega Drive as Contra: The Hard Corps (??? ??????? Kontora Za H?do Koa)[1] in Japan and as Probotector in Europe and Australia. It was the first game in the Contra series released for a Sega platform and serves as the first entry in the Hard Corps series, itself a subseries of the Contra franchise.

Set five years after the events of Contra III: The Alien Wars, a terrorist group led by the renegade Colonel Bahamut has stolen an alien cell recovered from the war and now intends to use it to produce weapons. Instead of the traditional Contra heroes of Bill Rizer and Lance Bean, a new task force known as the Hard Corps (with four members) are sent to deal with the situation. The game features a branching storyline with multiple possible endings.[2]ŌĆØ ŌĆō Wikipedia
... [Full Description]