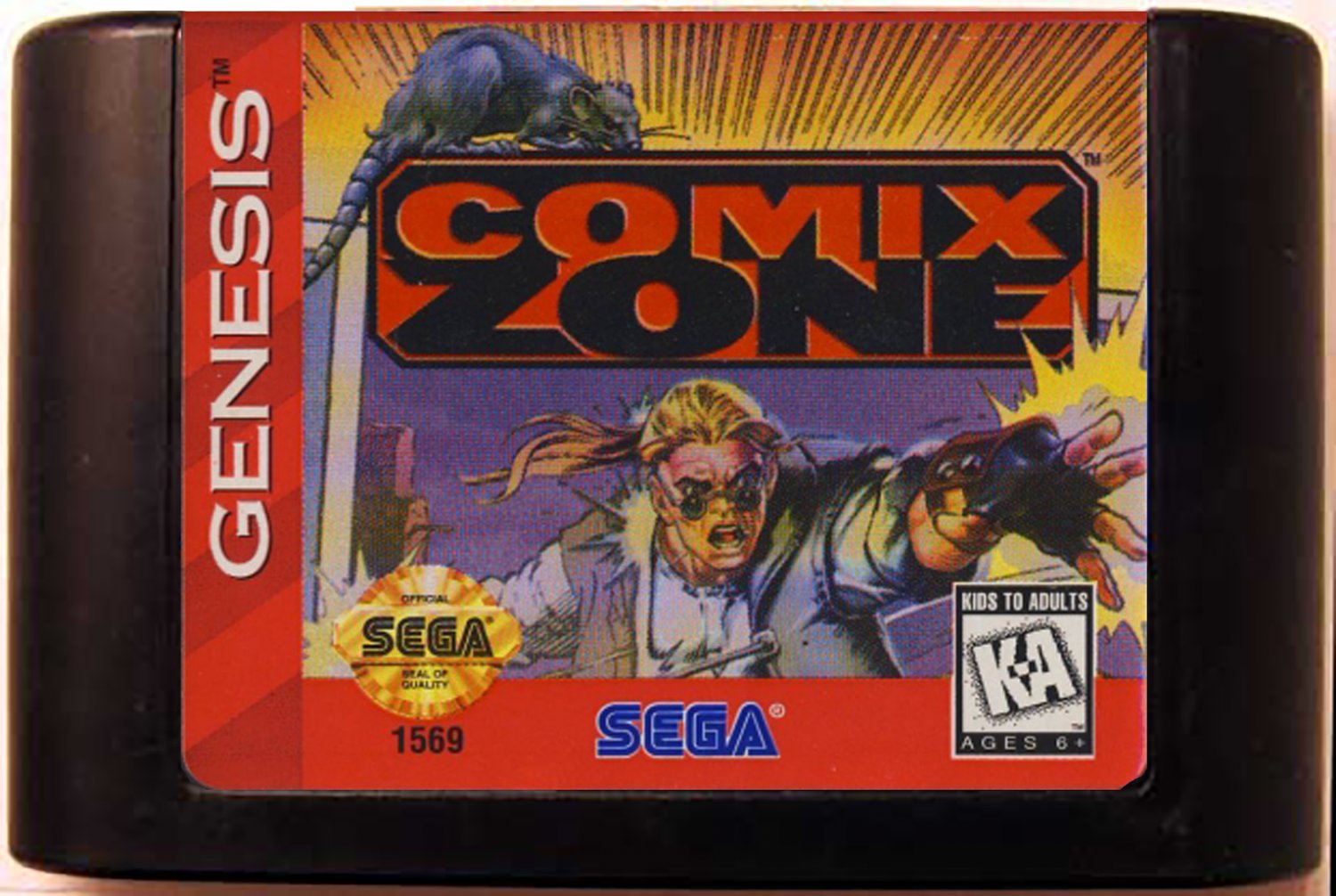 Tweet
*** Cartridge shell may differ from picture depending on stock ***

ŌĆ£Comix Zone is a 1995 beat ŌĆÖem up video game developed and published by Sega for the Sega Genesis. An unusual feature of the game is that it is set within the panels of a comic book with dialogue rendered within talk bubbles and sprites and backgrounds possessing the bright colors and dynamic drawing style favored by superhero comics. This style had been used in video games previously, for example Ocean SoftwareŌĆÖs Batman: The Caped Crusader in 1988,[1] but Comix Zone stretched the idea to such an extent that Sega applied for and were granted a patent for a ŌĆ£Videogame system for creating a simulated comic book gameŌĆØ.[2]

The concept for the game originated from a Commodore Amiga demo video animated by Peter Morawiec titled ŌĆ£Joe Pencil Trapped In The Comix ZoneŌĆØ.[3] The video was made in 1992, displaying the animation of how the gameplay and the comic book elements would blend in.[4]ŌĆØ ŌĆō Wikipedia

Why buy a reproduction cart?

Why not? Here are some great reasons:

These repros play identical to the original game but use all new parts, so youŌĆÖre guaranteed many, many years of enjoyment without it breaking down. Original games are generally ŌĆśwell usedŌĆÖ and may or may not last very long. Plus generally require a lot of cleaning, and who knows if the board has started to corrode inside that game shell?

They look almost identical to the original games, so you can proudly display them in your collection.

Cost much less than the original games
... [Full Description]