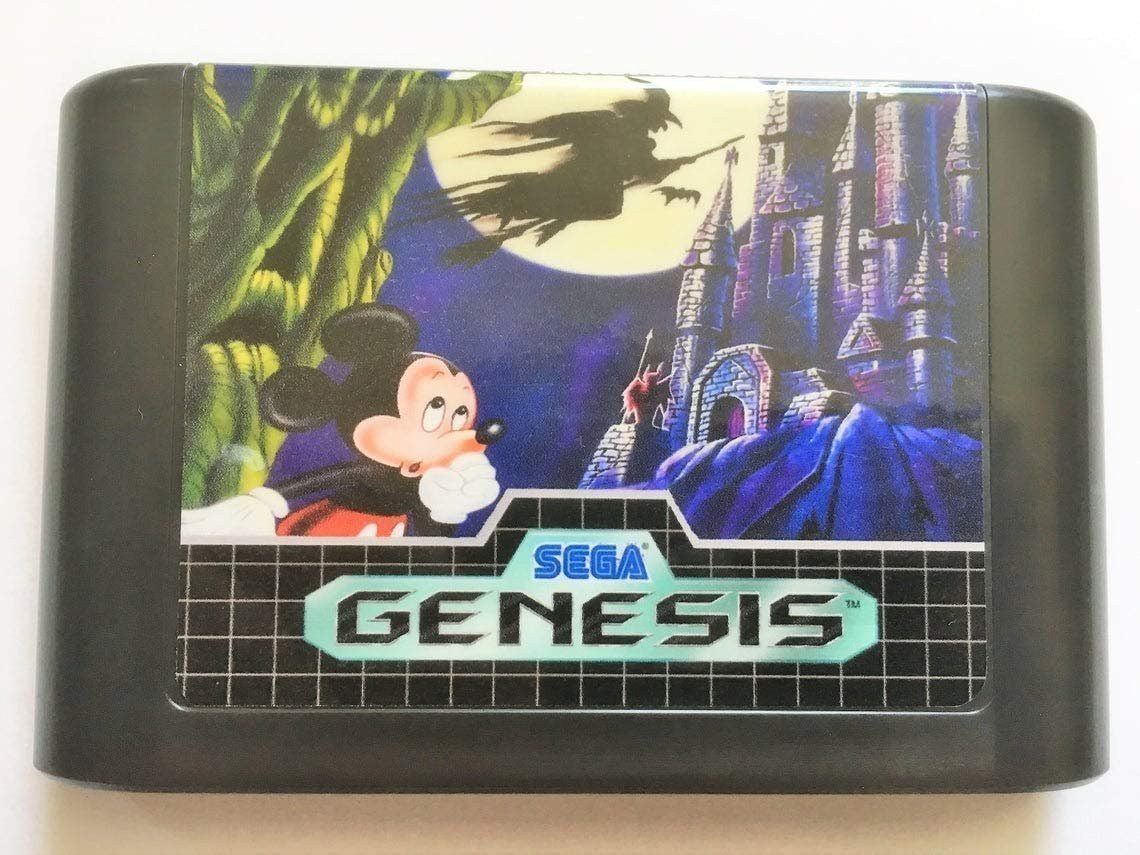 Tweet
** Please note cartridge shells may be slightly different than pictured depending on stock.**

Game is brand new and tested to work. This is a reproduction cart. Made in Canada using high quality parts. This is NOT a Chinese reproduction!

ŌĆ£Castle of Illusion Starring Mickey Mouse[a] is a 1990 platform game developed by Sega and released for the Sega Genesis. An 8-bit version of the game was later released for the Master System and Game Gear. The game follows Mickey Mouse on a quest to save Minnie Mouse from the evil witch Mizrabel. It was the first game in SegaŌĆÖs long-running Illusion video game series starring Mickey and was also a part of the second wave of games initially released for the Sega Genesis which helped seal the consoleŌĆÖs reputation within the period until the release of Sonic the Hedgehog in 1991.

Castle of Illusion was very well received by critics, especially the original 16-bit version. It was re-released in 1998 in Japan as part of the Sega Ages: Mickey Mouse & Donald Duck for the Sega Saturn, which features both Castle of Illusion and QuackShot. A remake of the game by Sega Studios Australia was released for PlayStation Network, Xbox Live Arcade and PC in September 2013.[1]ŌĆØ
... [Full Description]