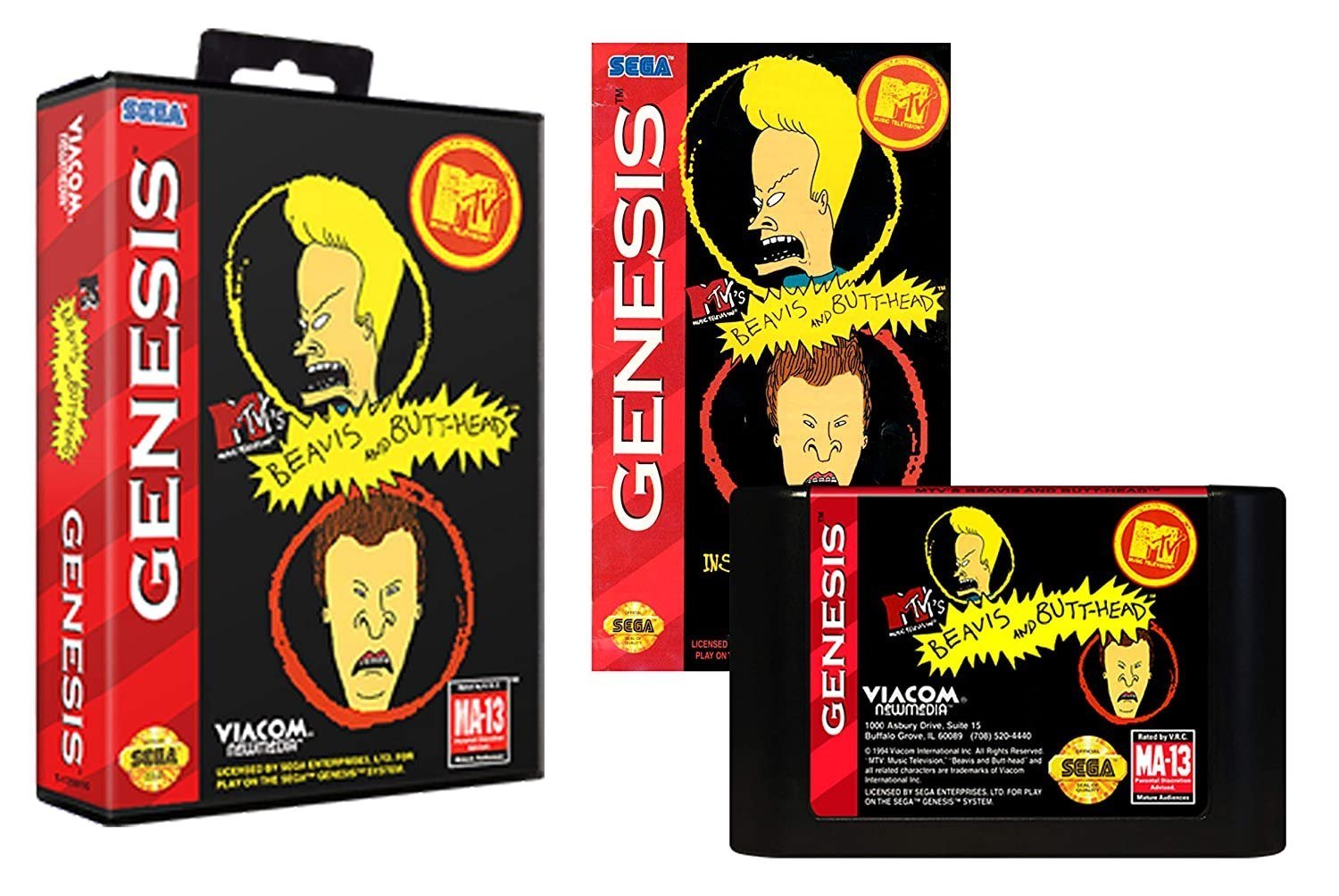 The game is made using high-quality PCBs (printed circuit boards) in Canada. This is not a Chinese reproduction.

â€śBeavis and Butt-Head (advertised as MTVâ€™s Beavis and Butt-Head: The Game) were three tie-in video games based on the animated television series of the same name that were released by Viacom New Media in 1994 for the Super NES, Genesis/Mega Drive and Game Gear. The three versions differ from each other, sharing only the basic premise involving the titular characters searching for tickets to a Gwar concert. The games were advertised as featuring music by the band. A fourth version was later released for the Game Boy by GT Interactive Software in 1998 without the Gwar tie-in.]â€ť â€“ Wikipedia
... [Full Description]