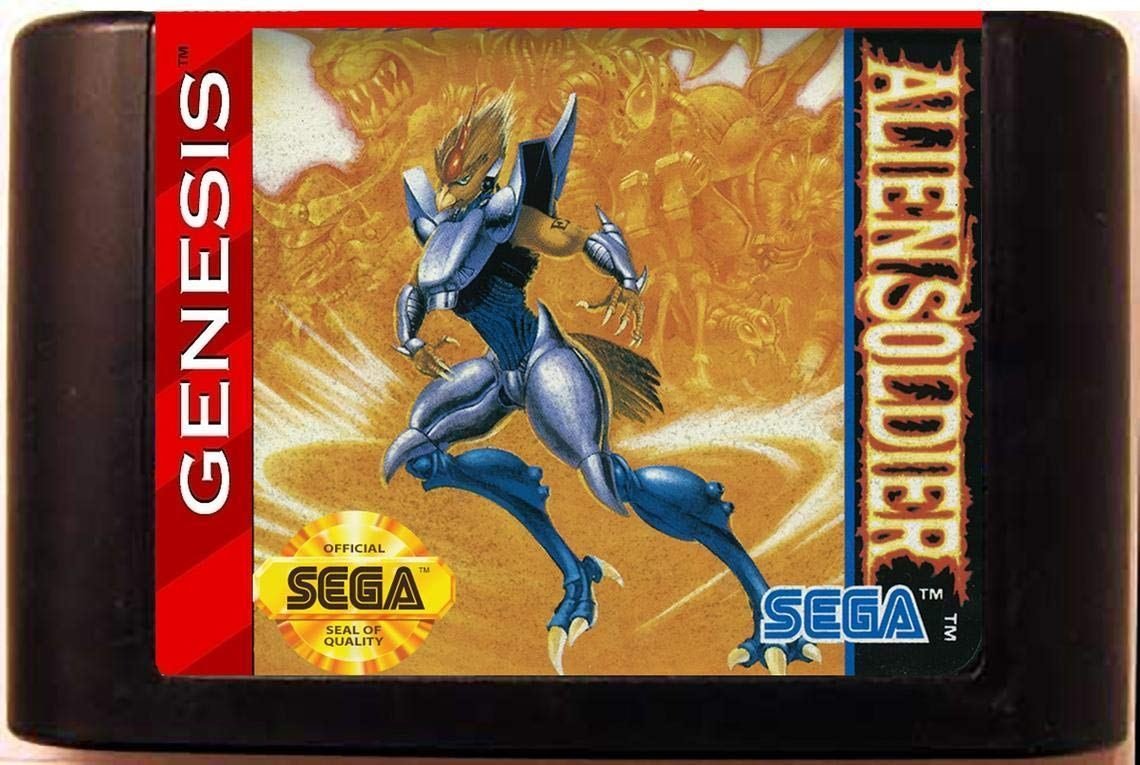 Tweet
Game is brand new and tested to work. This is a reproduction cart.

ŌĆ£Alien Soldier[a] is a side-scrolling run and gun video game developed by Treasure and published by Sega for the Mega Drive. Retail copies were released in Japan and PAL territories while in North America it was only available exclusively via the Sega Channel cable service. The story follows a powerful being named Epsilon-Eagle, who after being nearly killed becomes determined to avenge his near death and save his planet. The character has a variety of weapons and moves that the player must master to complete the game. Many gameplay ideas are borrowed from TreasureŌĆÖs earlier Mega Drive release, Gunstar Heroes (1993). However, Alien Soldier puts an emphasis on challenging boss fights with short and easy levels serving as downtime in-between.ŌĆØ
... [Full Description]