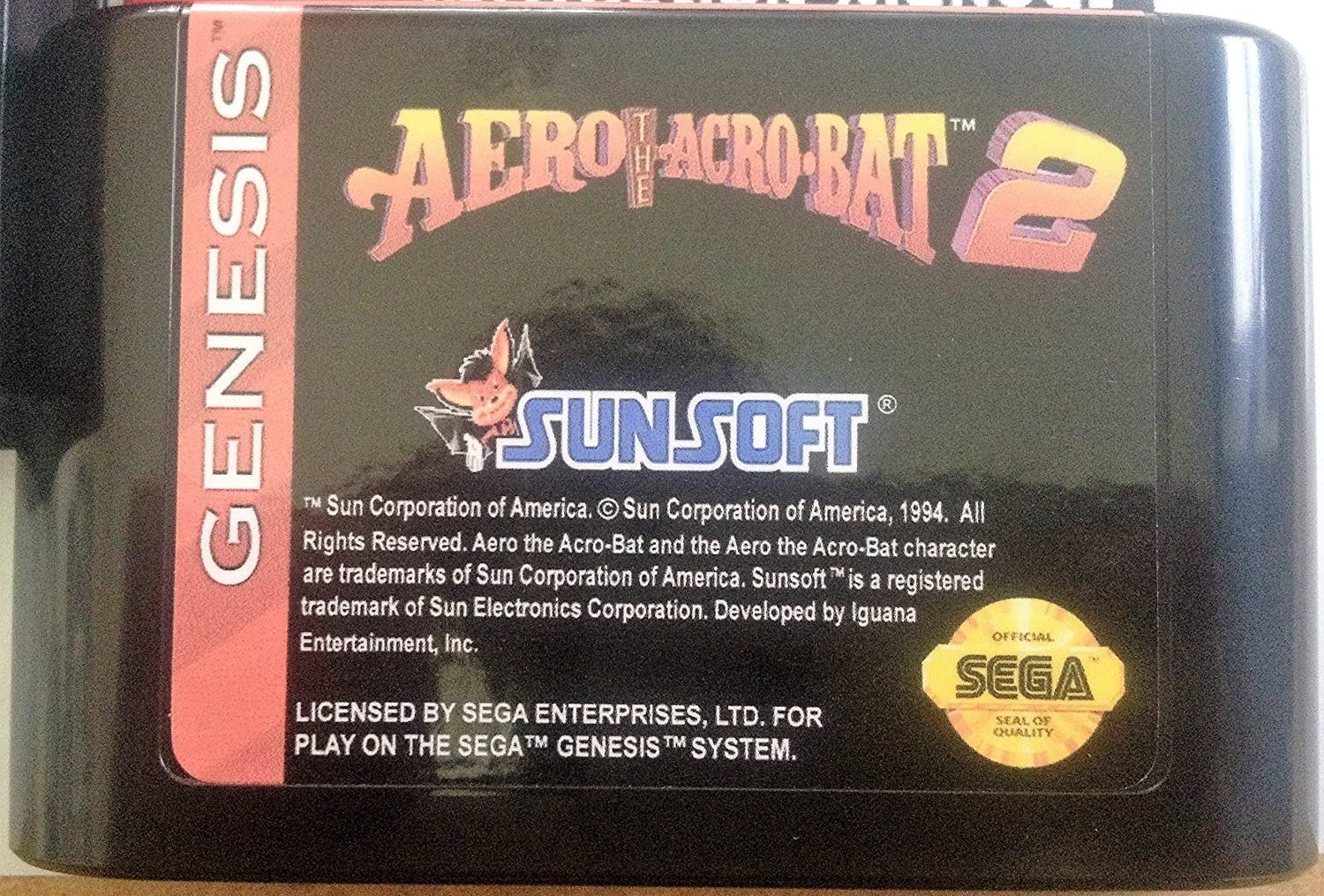 Tweet
** Please note, cartridge shells may be slightly different than pictured depending on stock.**

ŌĆ£Aero the Acro-Bat 2 is a video game developed by Iguana Entertainment, and published by Sunsoft in 1994. It is the sequel of Aero the Acro-Bat and was released for the Sega Genesis first in April then for the Super Nintendo Entertainment System in November. A remake for the Game Boy Advance was planned in 2002,[1] but it was cancelled. The Super NES version was released on the Wii Virtual Console in the PAL region on August 6, 2010 and in North America on September 20, 2010. The game is dedicated to famed Brazilian racer Ayrton Senna, who died in a car crash during a Grand Prix..ŌĆØ ŌĆō Wikipedia
... [Full Description]