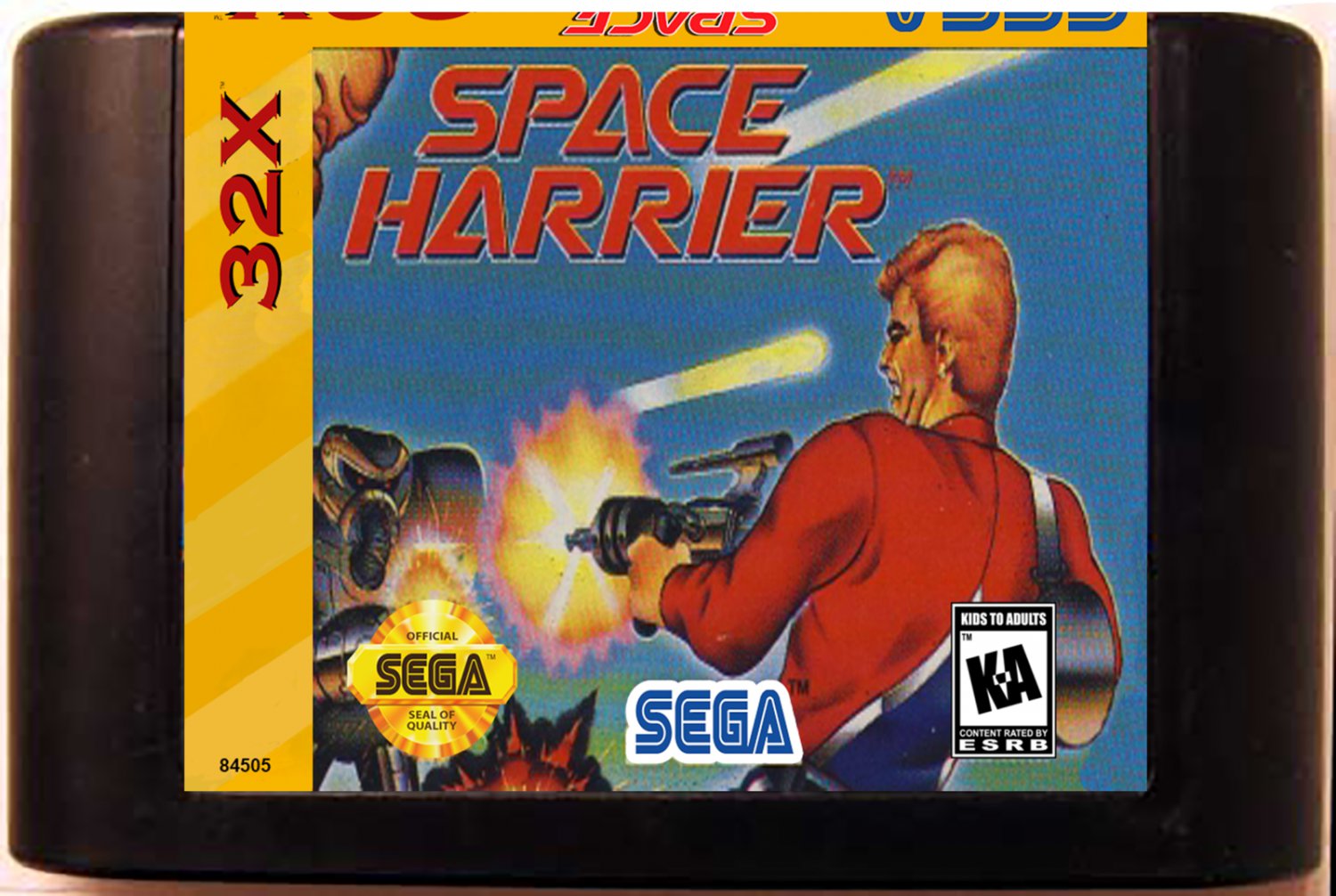 Tweet
*** Cartridge shell may differ from picture depending on stock ***
*** PLEASE NOTE: An original Sega Genesis console with the 32X add-on peripheral is REQUIRED to play this game!! ***

The game is made using high-quality PCBs (printed circuit boards) in Canada. This is not a Chinese reproduction.

ŌĆ£Space Harrier (Japanese: ???????? Hepburn: Sup?su Hari?) is a third-person rail shooter developed by Sega Enterprises and released in December 1985. Originally conceived as a realistic military-themed game played in the third-person perspective and featuring a player-controlled fighter jet, technical and memory restrictions resulted in Sega developer Yu Suzuki redesigning it around a jet-propelled human character in a fantasy setting. With an analog flight stick and a cockpit-style cabinet that tilted and rolled during play, it was advertised by Sega as a taikan (ŌĆ£body sensationŌĆØ) arcade game.[4]

Critically praised for its innovative graphics and gameplay, Space Harrier is often ranked among SuzukiŌĆÖs best works. It has made several crossover appearances in other Sega titles, while PlatinumGames director Hideki Kamiya cited it as an inspiration for his entering the video game industry.

Space Harrier has been ported to over twenty different home computer and gaming platforms, either by Sega or outside developers such as Dempa in Japan and Elite Systems in North America and Europe. Two home-system sequels followed in Space Harrier 3-D and Space Harrier II (both released in 1988), and the arcade spinoff Planet Harriers (2000). A polygon-based remake of the original game was released by Sega for the PlayStation 2 as part of their Sega Ages series in 2003.ŌĆØ ŌĆō Wikipedia
... [Full Description]