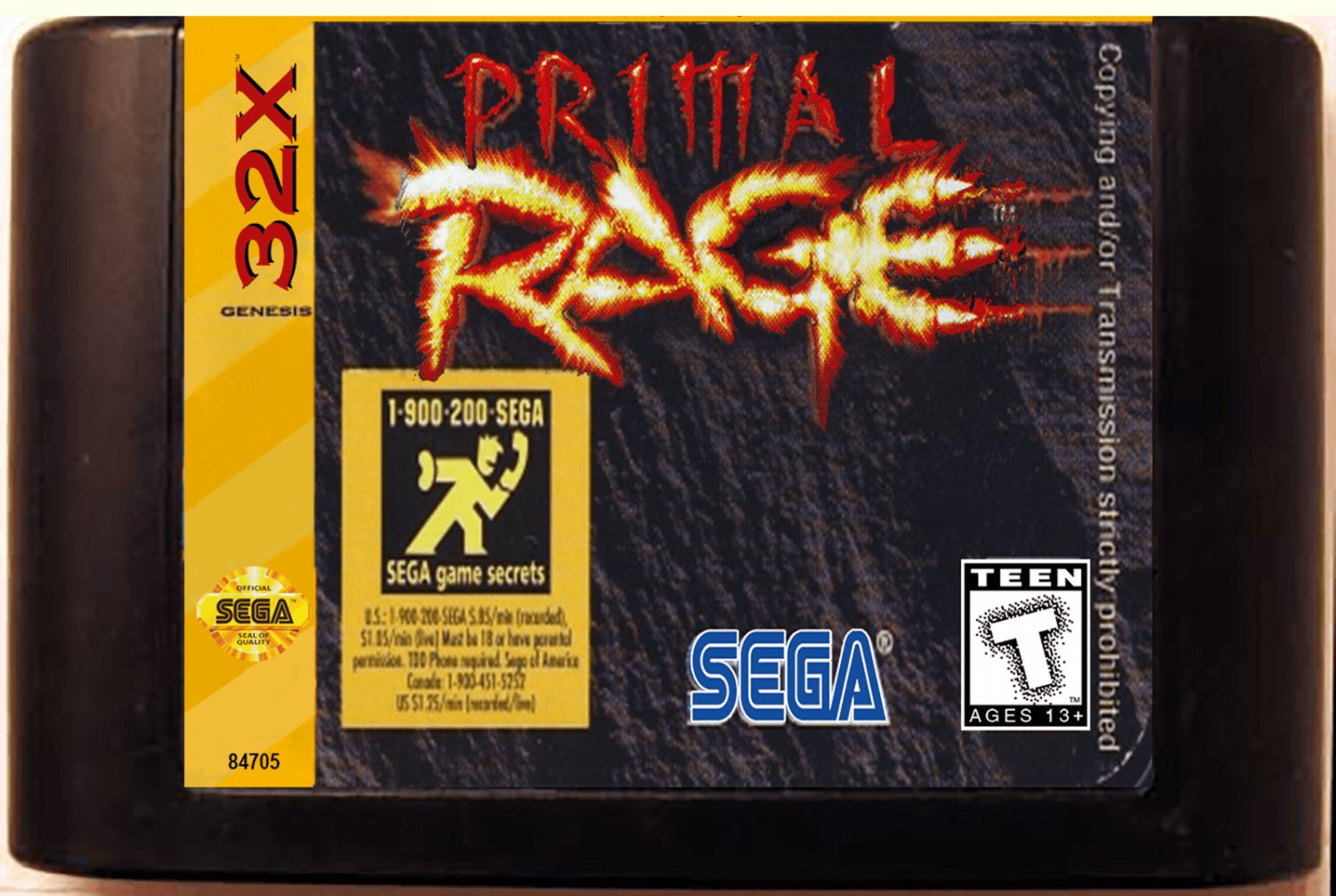 Tweet
ŌĆ£32X owners have been feeling left out of the video game loop, but this killer version of Primal Rage is the best of the series so far.

The superb graphics are comparable to the 3DO versions. Little breakup or slowdown mars the action, while bright, vivid colors enhance the primeval backgrounds and lavishly colored dinosaurs.

The music and sound effects also live up to the gameŌĆÖs reputation. Good grunts, clear hits, and muffled roars all exist in the lost world of Rage. The game demands a six-button controller, and the moves are easy to accomplish. You could start playing even without a manual.

ProTip: Blizzard and Sauron use air throws a lot, so stay out of the air against them.

Rage fanatics will want this one on their shelf, even though the next-gen versions are coming out soon. Until then, this Rage rules.

Attack whenever an opponent tries a projectile move against you.
Forget head-to-head chomping against Talon. Go for the bite, and then back away.ŌĆØ
... [Full Description]