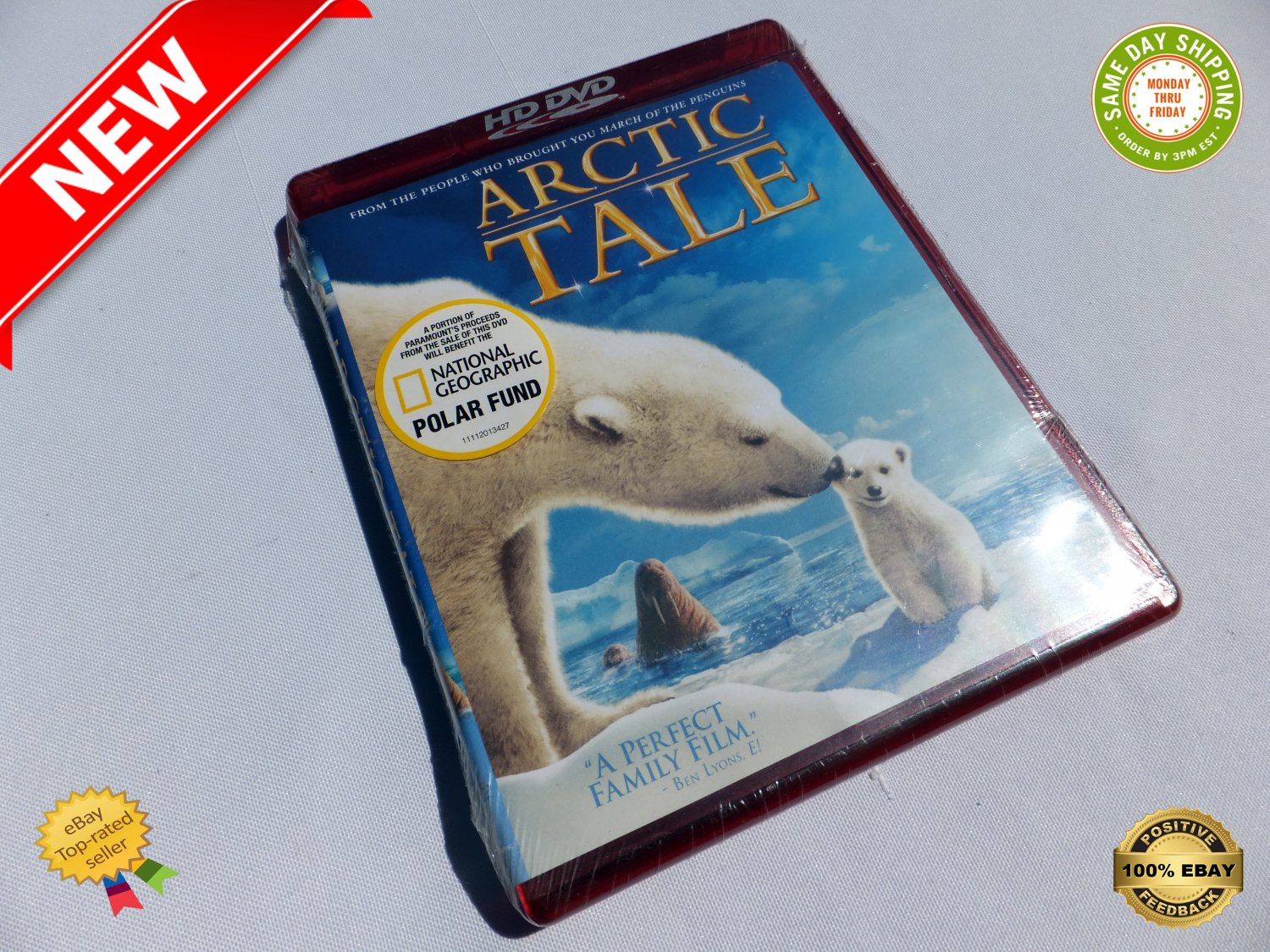 IMPORTANT: HD-DVD are NOT normal DVD or Blu-ray !!
So this movie will need a player that can specifically read HD DVD in order to play correctly.

HD-DVD is new and will come shrink wrapped.

THIS IS AN USA NTSC VERSION.

Description
(From the Manufacturer)

Set in the vast snow kingdom at the top of the world, Arctic Tale is a real life adventure from the people who brought you March Of The Penguins. Join narrator Queen Latifah as she follows two very different arctic creatures, Nanu, the polar bear cub and Seela, the walrus pup, through exciting and harrowing struggles for survival. Armed only with their natural instincts and mothers┬Æ guidance, these inspiring animals face countless trials and challenges in a beautiful icebound world that is rapidly melting beneath them.

The frozen Arctic is home to polar bears and walruses, two very different types of animals whose struggle to survive against the elements is only being made more difficult by a changing climate. Directors Adam Ravetech and Sarah Robertson filmed walruses and polar bears in the Arctic for 15 years in order to create this amazing story about the lives of Nanu the baby polar bear and a newborn walrus dubbed Seelah. Striking footage from land and sea is combined with effective narration by Queen Latifa and pop music by Joby Talbot to chronicle these creatures' lives from the babies' first days of existence, through two years of training in hunting and fighting by their respective mothers and the changes in the icy world that are necessitating new adaptations by these animals, and a contemplation of the chances of both species' continued survival. Like March of the Penguins, the footage of the animals of the Arctic and the formation and breaking up of the ice is exquisite, but perhaps even more striking is the clear evidence of climate change in the delayed formation of the ice in the autumn and its progressively earlier thawing and breaking up each spring. The polar bears' and walruses' resilience and instinctual ability to adapt and change in the face of the negative effects of global warming in order to survive is stressed, and viewers are left pondering why man cannot similarly adapt and change his ways in order to positively affect the world. Bonus features include an interesting "making of" featurette with Adam Ravetech and Sarah Robertson that describes their travels, trials, and enormous gratitude for the assistance of the Intuit people and a fun Are We There Yet? World Adventure: Polar Bear Spotting mini-adventure for kids in which Molly and Sam go looking for polar bears in a tundra buggy. (Ages 5 and older) --Tami Horiuchi

Other Products from drakkor (View All)