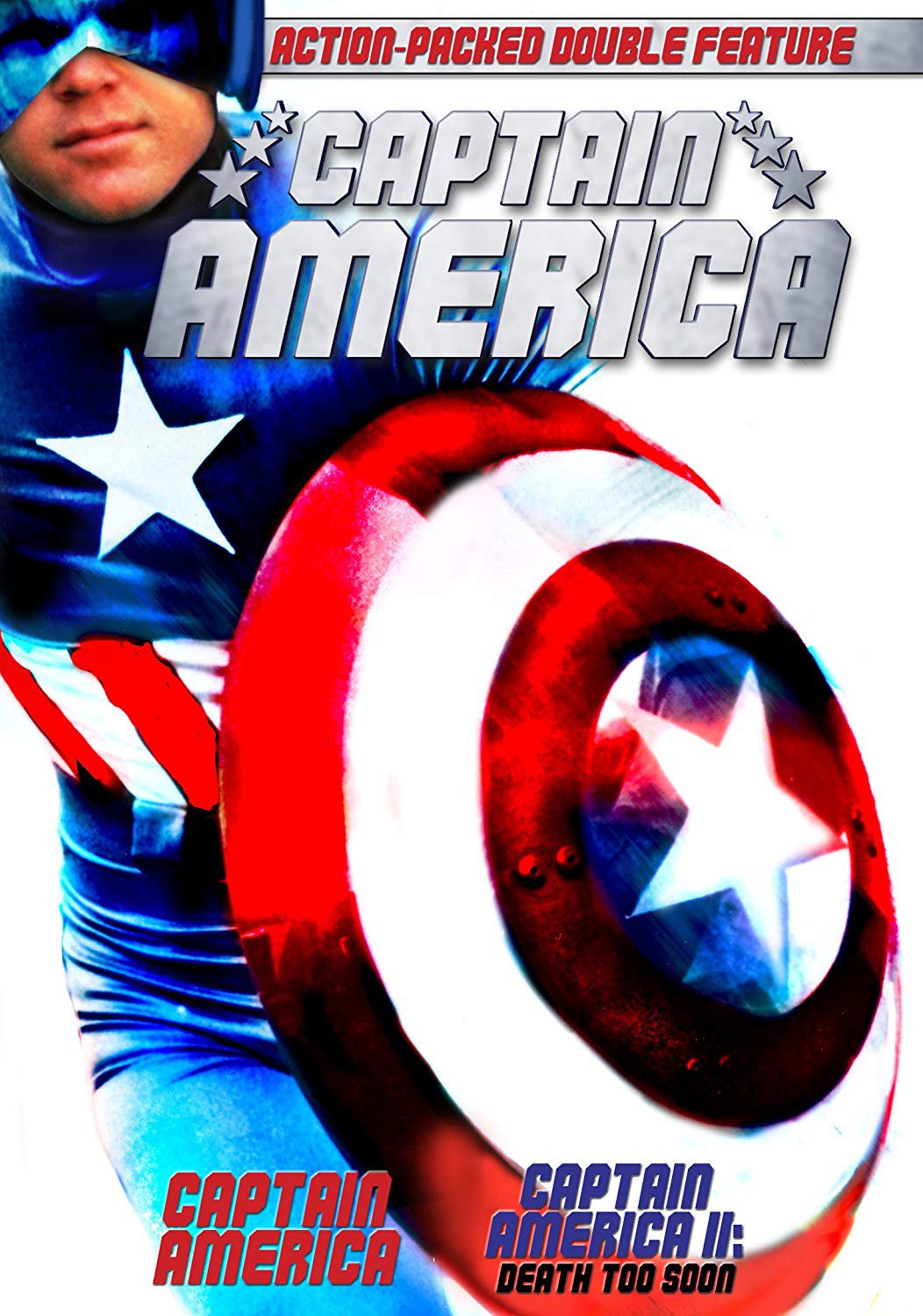 Tweet
Captain America - When former Marine Steve Rogers is in an accident, his only hope for recovery is an injection of the FLAG super-serum created years ago by his own father which enhances each of his senses, as well as gives him great strength and fast reflexes. And to help him bring his attackers to justice, a government agency outfits him with a motorcycle and powerful shield, then turns the newly formed Captain America loose on the nation s enemies.

Captain America II: Death Too Soon - Captain America returns to carry on the legacy of his father and defend the country this time, however, he faces off against the terrorist known only as Miguel and the threat of a chemical agent that rapidly ages those who come in contact with it. 203 minutes.
Actors: Reb Brown, Connie Sellecca, Christopher Lee
Directors: Rod Holcomb
Format: Multiple Formats, Color, Full Screen, NTSC
Language: English
Region: Region 1 (U.S. and Canada only. Read more about DVD formats.)
Number of discs: 1
Rated:
NR
Not Rated
Studio: Shout Factory
DVD Release Date: October 18, 2011
Run Time: 203 minutes
... [Full Description]

Other Products from pelicanindustrial (View All)