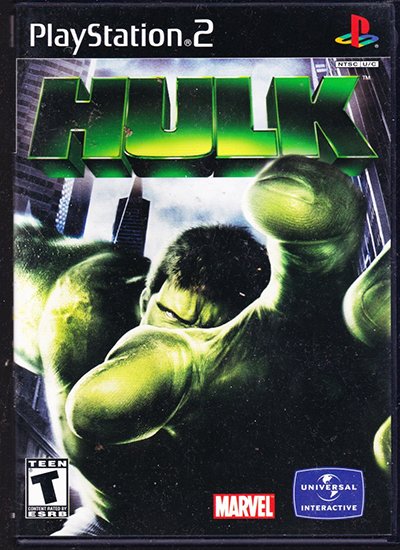 Tweet
Playstation 2 Video Game, Universal Interactive 2003. Hulk is a video game sequel based on the 2003 movie of the same name. It was developed by Radical Entertainment and published by Vivendi Universal Games & Universal Interactive. A signature feature has Eric Bana reprise his role of Bruce Banner.

Case and insert perfect, game plays excellent. Smash your way through an epic adventure as Banner and the Hulk.
... [Full Description]