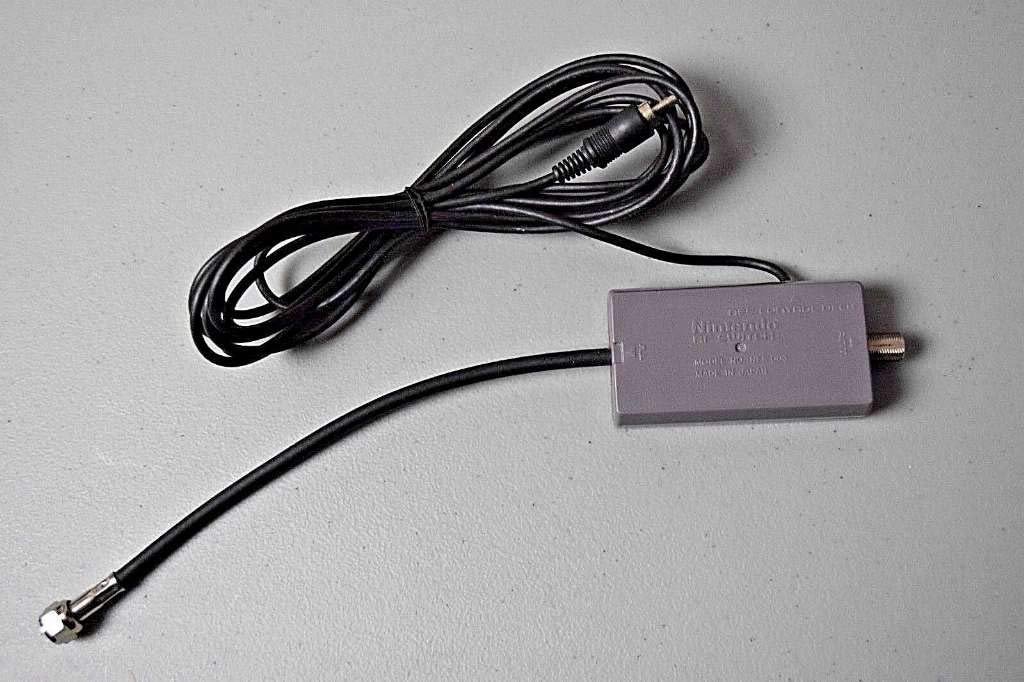 Locate the TV's VHF IN [ANT, CATV, or 75(ohm)] or Cable Connector.
Disconnect the existing cable wire from the TV's VHF IN.
Connect the short, thick wire from the RF Switch (labeled ANT) to your TV's VHF IN.
Reconnect the existing cable wire (disconnected in step 2) to the silver post labeled ANT on the RF switch.
Connect the thin wire of the RF Switch (labeled Control Deck) to the back of the NES (labled RF Out).
On the back of the NES, set the 3/4 switch so that it matches the channel of the TV.
Note: The RF Switch does not produce stereo sound. To get stereo sound, connect your Control Deck to your TV or VCR using the Stereo Audio/Video Cable.

After the system is connected to the TV:

Other Products from blackmagikcomicsandcollectables (View All)