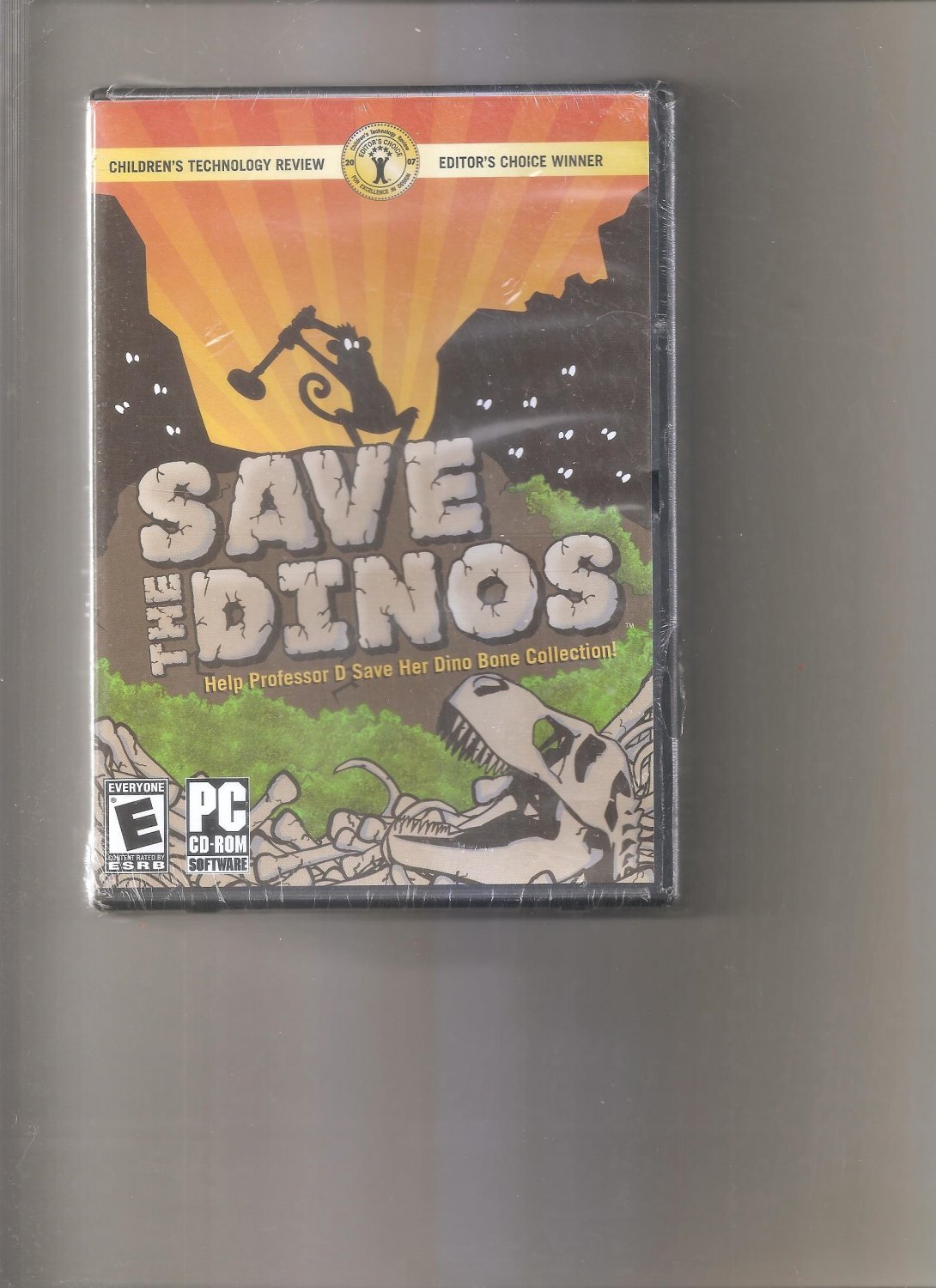 Tweet
Save the Dinos (PC, 2007)
Rambunctious monkeys are preparing to steal carefully constructed dinosaur skeletons in this archaeological action game for children. Youngsters will fend off the pilfering primates with an assortment of offbeat items. Objects such as beach balls, freezing cubes, and bowling balls are launched from a "banana cannon" to stun monkeys throughout a 30-level campaign. Power-ups will also periodically appear to replace missing bones, unlock rapid fire, cause monkeys to dance, and more. Over 60 voices narrate the text for those who cannot yet read, while an assortment of trivia questions, hints, and factoids offer an educational twist. Ten dinosaurs are available to defend across three difficulty settings and randomly generated stages.
... [Full Description]

Other Products from bargainhunter2019 (View All)