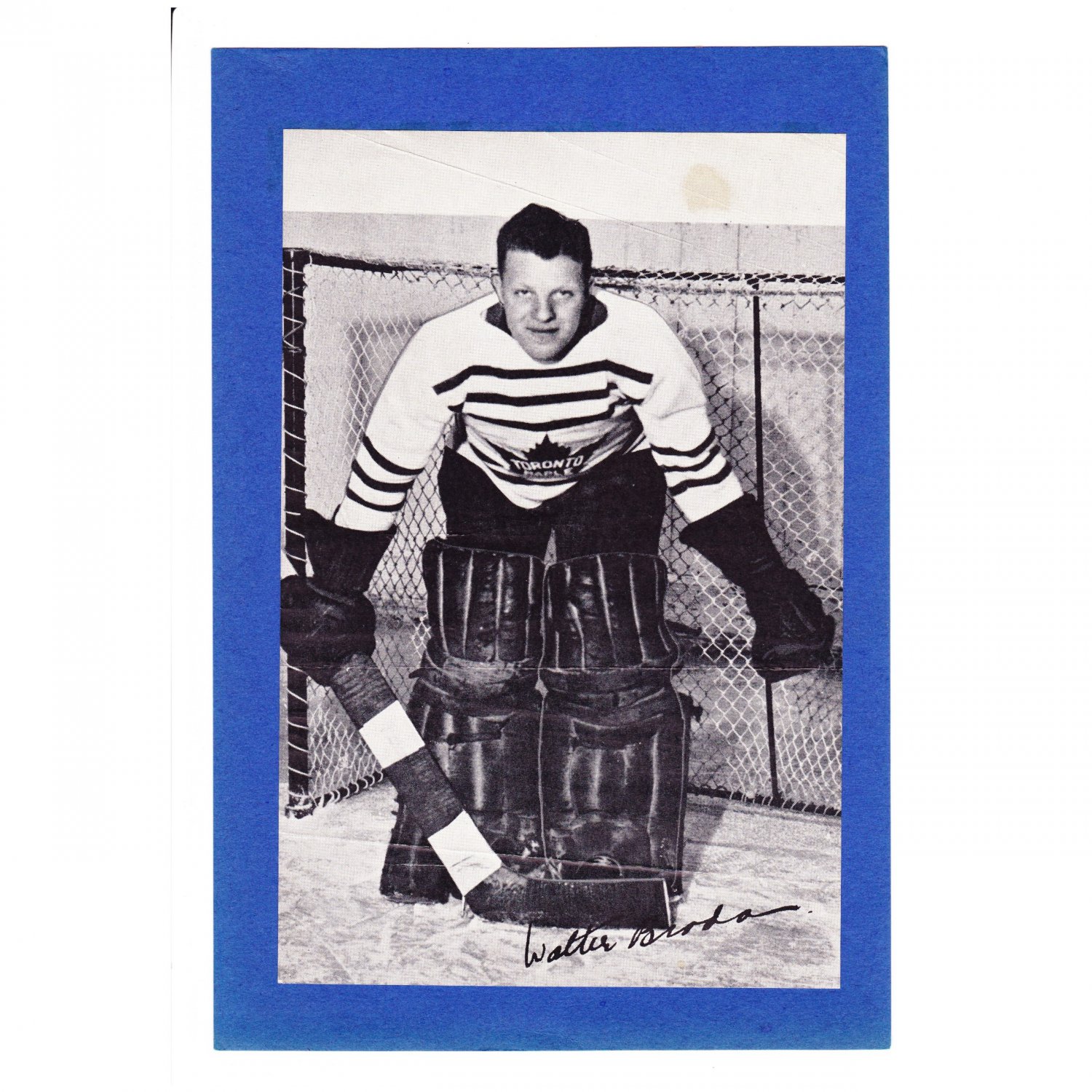 Tweet
Walter Broda Walter Edward "Turk" Broda was a Canadian professional ice hockey player and coach. A goaltender, Broda played his entire career for the Toronto Maple Leafs of the National Hockey League between 1935 and 1951, taking a brief hiatus from 1943 to 1946 to fight in the Second World War. Wikipedia Born May 15, 1914 Brandon
This is an original photo card with original coloured back. The original glue has dried out and the photo is loosely attached to the back. If shipped they may separate but can be easily re-glued with acid free glue.
This is a 1934-43 Group 1 Bee Hive Corn Syrup Photo Card of Toronto Maple Leafs Walter Broda
... [Full Description]

Other Products from bettycriktreasures (View All)