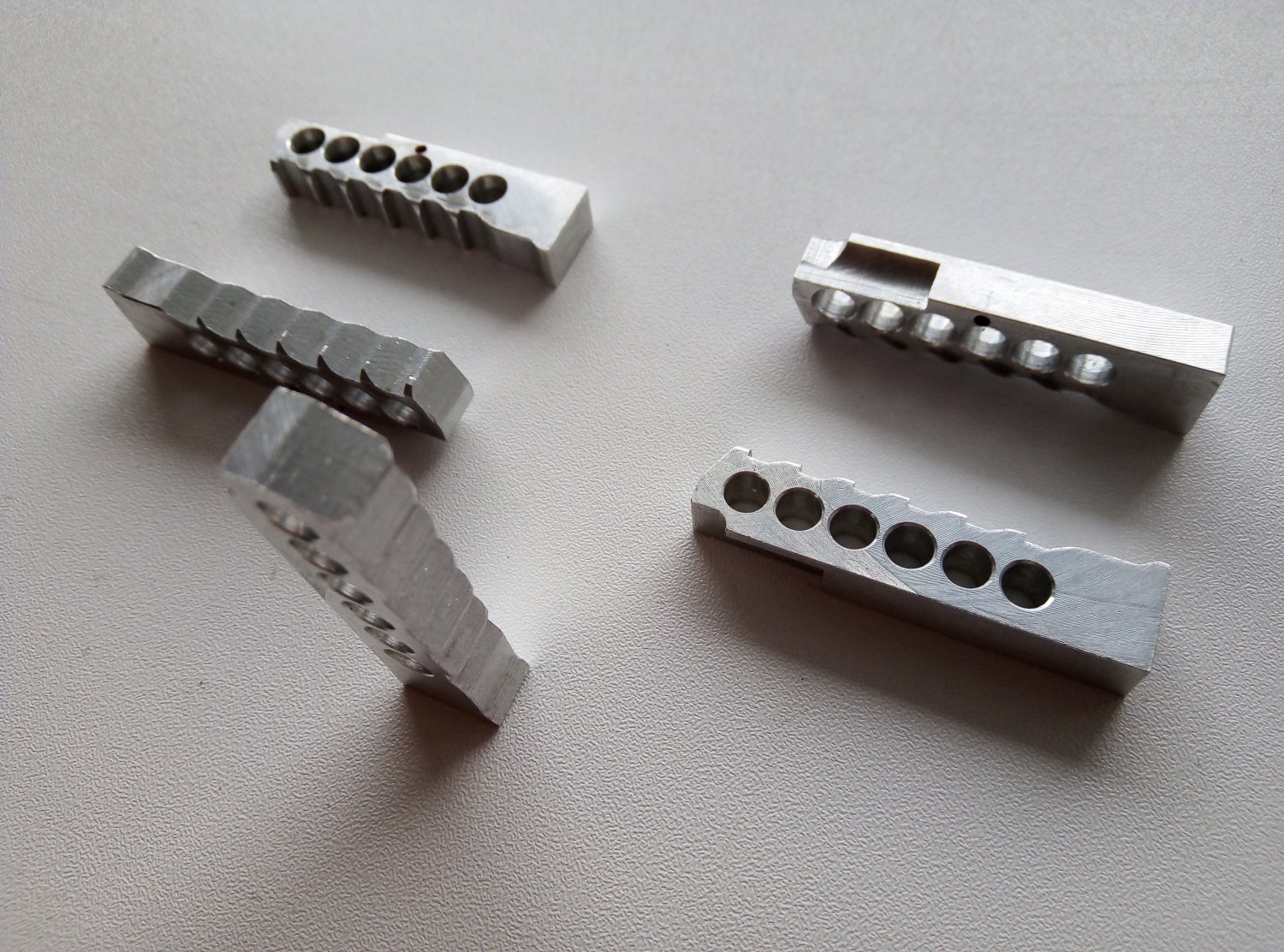 1. Thanks to the original technical solution, the magazine's capacity has been increased to six charges, while the size of the magazine itself remained the same,
2. Has an indicator of consumption (the red dot at the bottom of the magazine - comfortable reminder),
3.Additional coating is not required (it has a pleasant silvery color, which makes it easy to detect if it bounces off, say in the grass in nature - by the way, because the metal rebound magazine will be noticeably smaller than the plastic one),
4. All nests are made with the same tool and have the same diameter, which has a positive effect on accuracy, since all charges passing through the nests and getting into the breech are calibrated to the same size, which can not be said for plastic magazines, where each nest is obtained a separate sign,
5. Magazine material aluminum B95 wear-resistance is much higher than plastic, in addition, in plastic magazines there is a filler (glass fibers), therefore, when contact with metal, the wear of the latter occurs, which leads to a reduction in the obturating diameter of the sender and as a result inevitably leads to decrease the velocity,
6. In comparison with plastic, aluminum B95 has a density, approximately twice as much,
7. Another significant advantage of the new magazines for MP-61 and IZH-61, namely, the charges inserted into the magazine, are securely fixed in the chambers, so that even with intensive rotation of the magazine, both in the vertical and horizontal planes, now there is no involuntary dropout and spilling charges from the magazine.