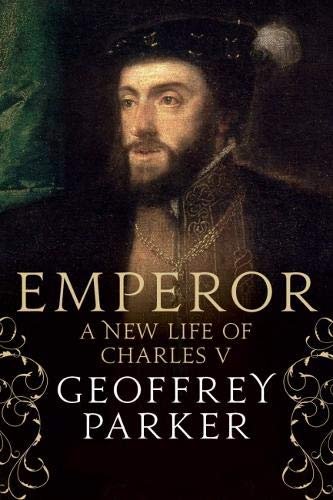 The life of Emperor Charles V (1500–1558), ruler of Spain, Germany, the Netherlands, and much of Italy and Central and South America, has long intrigued biographers. But the elusive nature of the man (despite an abundance of documentation), his relentless travel and the control of his own image, together with the complexity of governing the world’s first transatlantic empire, complicate the task.

Geoffrey Parker, one of the world’s leading historians of early modern Europe, has examined the surviving written sources in Dutch, French, German, Italian, Latin, and Spanish, as well as visual and material evidence. He explores the crucial decisions that created and preserved this vast empire, analyzes Charles’s achievements within the context of both personal and structural factors, and scrutinizes the intimate details of the ruler's life for clues to his character and inclinations. The result is a unique biography that interrogates every dimension of Charles’s reign and views the world through the emperor’s own eyes.

[Delivery]: Instant - Secure link to this digital media generated during checkout displayed on the payment confirmation page and email.

*EPUB is supported by the B&N Nook & Kobo eReaders. On your Smart-phone or tablet, you can use Apple's iBook, Google Play Books or other advertised EPUB reading apps. To read an EPUB file on your computer use one of many several free programs, including Calibre, Adobe Digital Editions, EPUB File Reader, Stanza Desktop, Okular, Sumatra PDF and others. Microsoft Edge, the default browser in Windows 10, features out-of-the-box support for reading EPUB files.
... [Full Description]