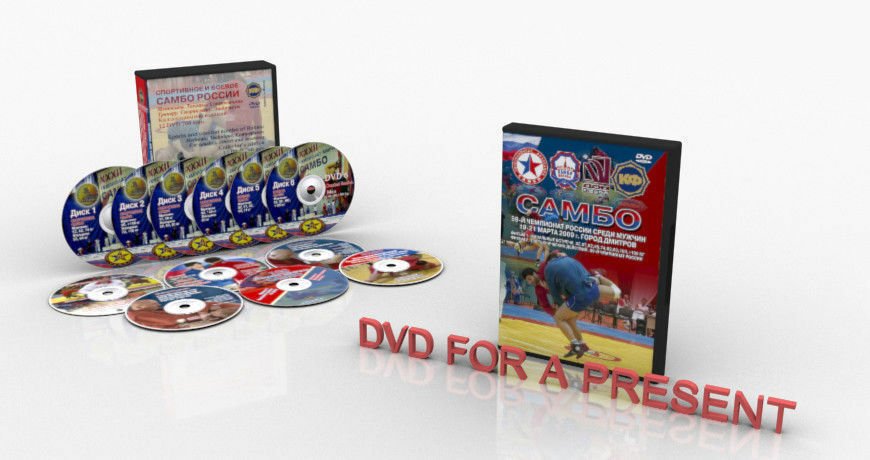 Sambo of Russia.Lessons of sambo.

Sambo ("self-defense without weapons") - the national Russian struggle.
It is a complex self-defense system developed in the USSR. The official date of birth of Sambo is considered to be November 16, 1938, when this kind of sport was recognized in the USSR. Sambo is one of the young, but quite popular kinds of sports. Due to its technical operations this fight is much like judo. Experts consider this fight a combination of many national wrestling styles in clothing, not only Russia, but also from other nations. This sport has a huge arsenal of techniques of defense and attack, which number about five thousand. Sambo wrestlers are often involved in judo competitions and achieve good results in the international arena. In Russia, often in the same room are trained sambo and judo fighters. This is because the rules of Sambo allowes to attack in lying longer. therefore a lot of training time is devoted to painful holds. Russian Sambo idol is David Rudman, who became famous by virtuoso lying wrestling and mastery in the performance of painful holds. Seminars under his supervision you will find on our site.

Kytmanov Alexander is a silver and bronze medalist of the World Sambo, silver and bronze medalist of the European Sambo. Silver medalist at the European Judo. This is very interesting and inventive sportsman. The entire seminar, technique is nonstandard and for many athletes and coaches will be unexpected. The film consists of two parts and focuses only on ground fighting, defense and attacks actions. The film also has chapters on methodological exercises and tasks, where he tells and shows special exercises. Total he touches 16 different themes on ground fighting.

World Champion - 2001. The second place at the World Championships 1998, 2000. European champion 1999. Of course, it's not all his sports achievements. In the film, you will see his personal technique. The film is full of content, rich with examples and technical operations. Film consists of three parts. The first part contents: stance, grip, movement. The second contents throws and the third – painful hold. There is very necessary content in the film for athletes and coaches - it is a wrestling to grip and hold breaking. That is all the world-class technique.

Mikhail Martynov. Technique of Sambo at competitions. In the first film you saw a detailed story and the demonstration of techniques of Sambo in the gym but in this film you will see the technique performed in the difficult conditions of the competition. This film illustrates the diversity of Sambo wrestling. Watching movies, you will certainly notice the varied fighting style of M.Martynov. For beginners and professionals Sambo wrestlers this is a good video tutorial. There are six parts in the movie.

The film contains 89 the highlights of wrestling from the personal M. Martynov’s archive.

David Rudman famous and legendary figure of the Soviet and Russian Sambo. He is a former international sportsman and now a coach with a huge sports and coaching experience. Honored Master of Sports, Honored Coach of the USSR. Author of a number of books on sambo. The founder of the school "Sambo 70". The president of the Sambo International Federation (FIAS). Holds the title of academician of the Academy of Security, Defense and Law-and order of the Russian Federation. In 2009, on the FIAS Congress elected Honorary President and First Vice-President of FIAS, awarded the title of Master of Martial Arts in Russia.December 8, 2012 DL Rudman conducted a seminar on "Principles of painful holds." No wonder the film has a subtitle "Sambo lessons - the theory and practice of painful hold." By viewing this film, you get a complete idea of how to do painful hold, the principles on which it is based, how to teach children the painful hold and what to explain during its demonstration. David Lvovich gave a detailed explanation of each option. The film is a mini tutorial on the basics of painful hold. This is the beginning, which is necessary in training. Based on of this film you can conduct educational training sessions or write a lesson plans. Also in the film are video examples of the rules related to Sambo painful holds.

This film is a continuation of the theme of "1000 ways to perform the painful hold." This is the second seminar devoted to interesting subject "Decoupling hands during painful hold armbar." There is a four chapters in the movie.This is the second video tutorial on ground fighting. This seminar was run for the coaches but it is also good for an athletes. Based on this film you can run classes and plan training.

The film uses fragments of the fights of World Championship 2009, the championship of Russia 2009 World Cup Memorial A.Harlampiev 2008-2009.

The world's only film, which contains moments of the struggle for a painful holds. There are 50 variants of painful arm locks and 50 options of painful leg locks.

The 59th Russian championship of the Sambo wrestling.

In the second film, you will see the top 100 throws of this championship. Many throws are just as beautiful as in judo.

In this collection of 6 DVDs is recorded the 32th World Championship of sambo. It’s took place in Russia, St. Petersburg in 2008. You will see the final and semi-final fight of the best Sambo wrestlers in the World.

Other Products from kfvideo (View All)