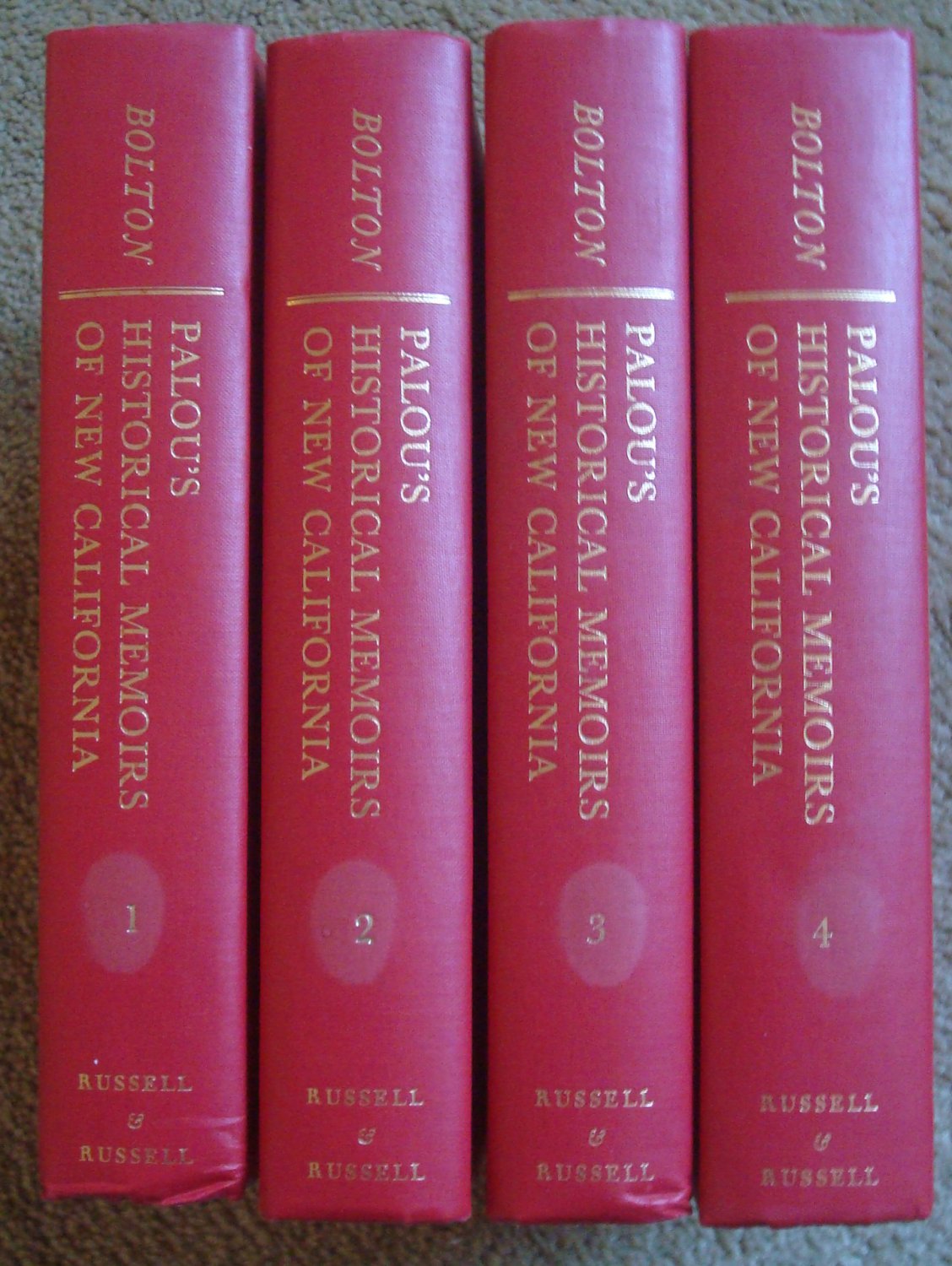 Description: Hardcover. 1,566 total pages for all four volumes. Sesquicentennial Edition commemorating the 150th Anniversary of the Founding of San Francisco in 1776. Each volume is 9" x 6".

Condition: The covers of all four of the volumes show some small amount of shelf wear. A few have the spine caps and corners lightly bumped. All contain the previous owner's embossed library stamp on the half-title page. Otherwise the books are very clean inside and look unread.

This set is the English translation of his standard history of the California missions from 1767 to 1784 which was first published in 1926. This set was reissued in 1966.
... [Full Description]