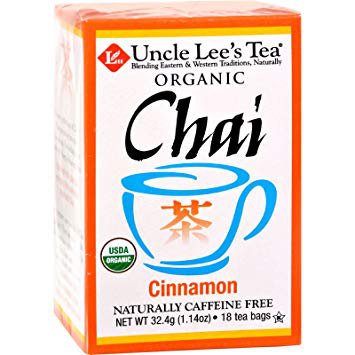 Traditionally, Chai is a brewed beverage combining flavor rich spices and black tea with milk and a sweetener. This tea contains stevia which is a natural herb extracted sweetener from the leaves of the plant - Stevia rebaudiana. Stevia has a negligible effect on blood glucose, which makes stevia attractive to people on carbohydrate-controlled diets such as obesity or diabetes. This blend contains traditional East Indian spices and rooibos (or sometimes called "bush tea" or "redbush tea" or "red tea"), an herb that tastes similar to black tea. Rooibos is known to have anti-oxidant properties similar to green tea and is naturally caffeine-free!

Preparation: To brew a perfect cup of chai tea, place on teabag into your favorite cup and pour in boiling water. Steep for four minutes.

Other Products from nativo (View All)