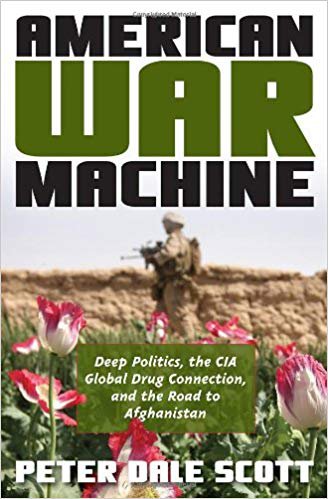 This provocative, thoroughly researched book explores the covert aspects of U.S. foreign policy. Prominent political analyst Peter Dale Scott marshals compelling evidence to expose the extensive growth of sanctioned but illicit violence in politics and state affairs, especially when related to America's long-standing involvement with the global drug traffic. Beginning with Thailand in the 1950s, Americans have become inured to the CIA's alliances with drug traffickers (and their bankers) to install and sustain right-wing governments. The pattern has repeated itself in Laos, Vietnam, Italy, Mexico, Thailand, Nigeria, Venezuela, Colombia, Peru, Chile, Panama, Honduras, Turkey, Pakistan, and now Afghanistan—to name only those countries dealt with in this book. Scott shows that the relationship of U.S. intelligence operators and agencies to the global drug traffic, and to other international criminal networks, deserves greater attention in the debate over the U.S. presence in Afghanistan. To date, America's government and policies have done more to foster than to curtail the drug trade. The so-called war on terror, and in particular the war in Afghanistan, constitutes only the latest chapter in this disturbing story.

[Format]: True e-PDF. Universally compatible with all Smart Phones, Tablets, and Computers that have a free PDF reader program or app installed.

[Delivery]: An auto-generated link to this eBook will be available immediately on the payment confirmation page as well as in a follow-up email receipt. This book can be downloaded directly with no device or time restrictions.
... [Full Description]