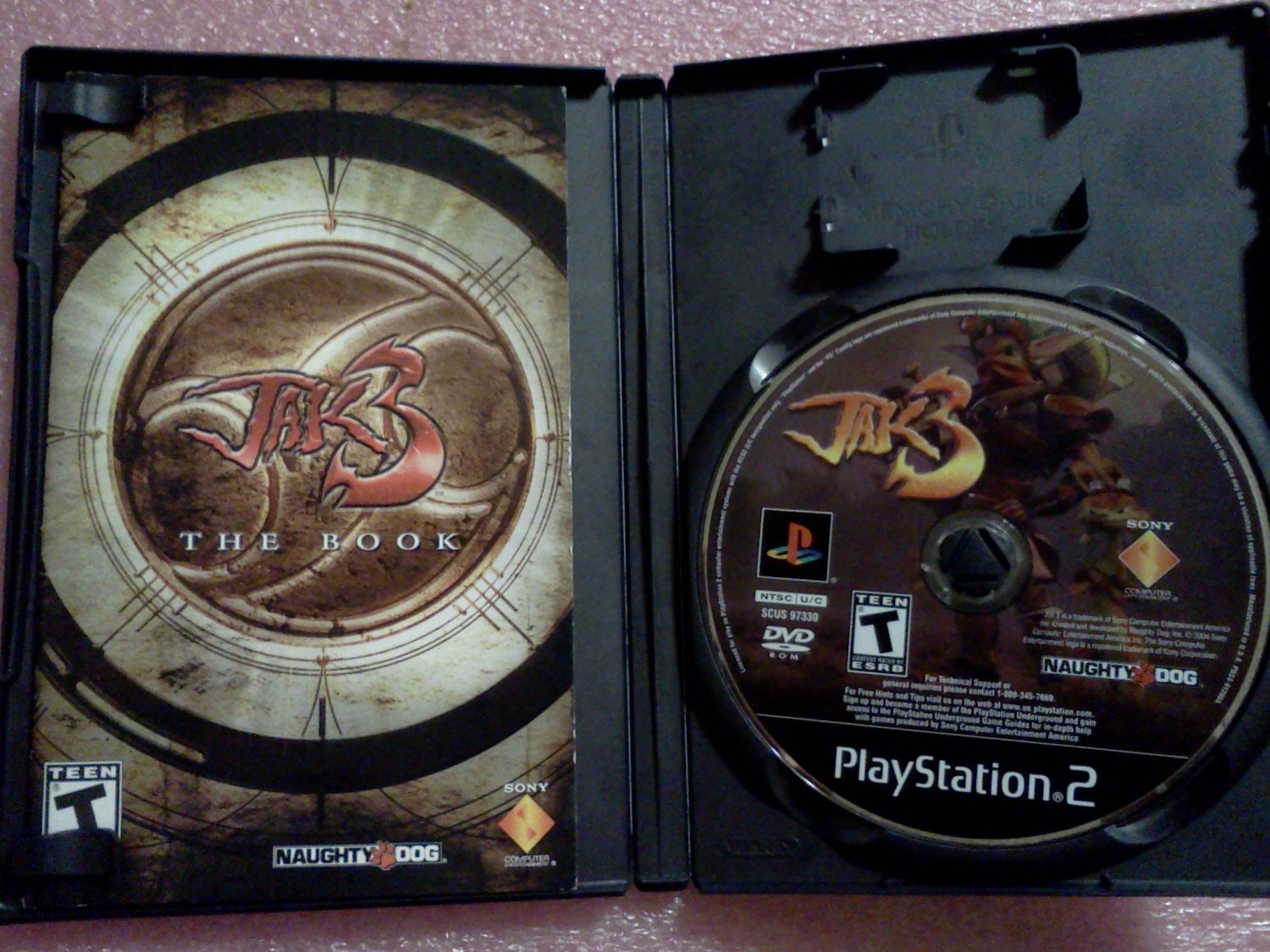 Tested, Disc does have scratches/skuffs on it but seem to play fine. The Case has some wear as well. Very fun game.

Product Information
This third game in Naughty Dog's PlayStation 2 series continues the adventures of the young hero Jak and his near-constant companion Daxter, a wise-cracking weasel-like creature. As Jak is exposed to the volatile substance known as "Light Eco," he gains the ability to change into "Light Jak," a form that balances the "Dark Jak" persona that served him so well in Jak II.

When this third game begins, through an ironic twist, Jak has come to be mistrusted by the people of Haven, because of the same Dark Eco powers that had helped him to save their city in the previous game. Along with Daxter and their new companion Pecker, Jak is banished to the vast, dangerous, mysterious island known as "Wasteland." It is here that his third adventure begins in earnest.

Wasteland is designed to be the largest, most varied world yet featured in a Jak game -- five times the size of Haven City -- so once again, players may want to seek out various vehicles they can "borrow" in order to get from place to place. The game runs on a revamped engine that now incorporates "rag-doll" physics.

Explore the vast "Wastelands" by "borrowing" a variety of vehicles