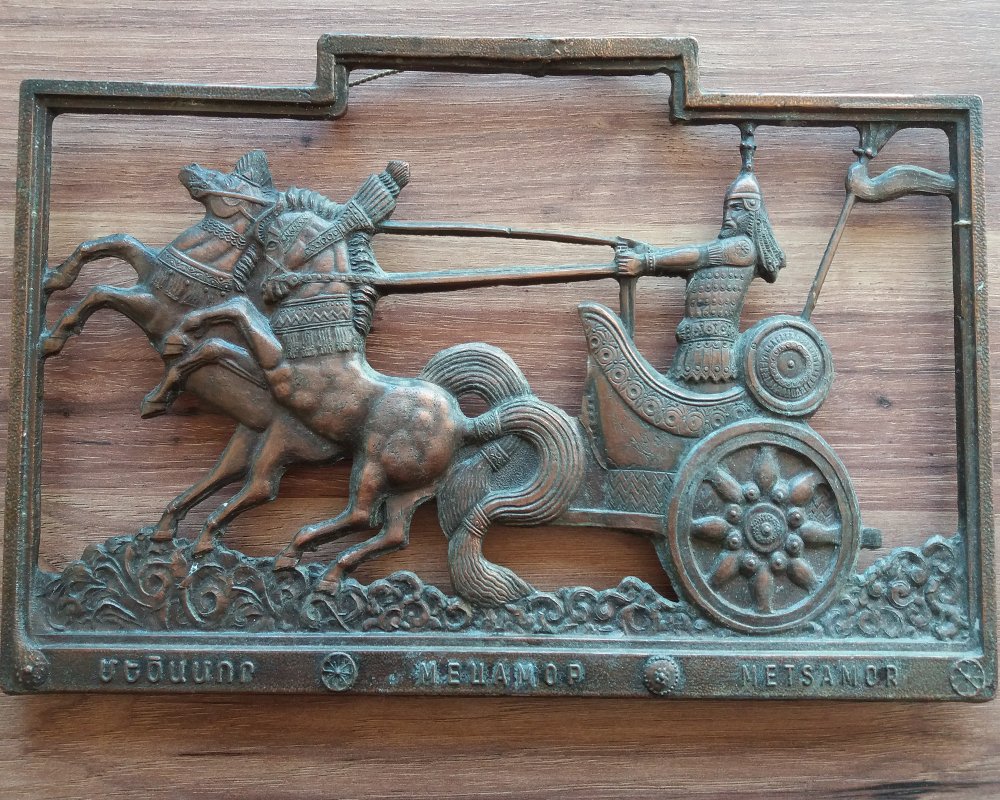 Tweet
Copy pastes the link below to watch the video:
https://youtu.be/WAoOnSYrrTI

Beautiful copper stamping plate with the image of an Armenian chariot pulled by two horses, uniform and style of the chariot will be probably around Tigran the Great time.

Inscription with the word Metsamor (in Armenian Մեծամոր) is a city of the Armavir Marz, Armenia. The city was founded in 1979 to house the staff of the Metsamor nuclear power plant. It was also a very important archaeological site, essentially a Bronze Age city from the 3rd to the 2nd millennium BC, where copper mining took place on a major scale and was a major source of bronze production. However, it remained a major site of the Urartian period (from the ninth to the sixth century BC) and was even occupied in the middle Ages.

Other Products from patoarmeni (View All)