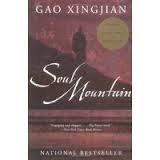 In 1983, Chinese playwright, critic, fiction writer, and painter Gao Xingjian was diagnosed with lung cancer and faced imminent death.But six weeks later, a second examination revealed there was no cancerŌĆöhe had won "a second reprieve from death." Faced with a repressive cultural environment and the threat of a spell in a prison farm, Gao fled Beijing and began a journey of 15,000 kilometers into the remote mountains and ancient forests of Sichuan in southwest China. The result of this epic voyage of discovery is Soul Mountain.

Bold, lyrical, and prodigious, Soul Moutain probes the human soul with an uncommon directness and candor and delights in the freedom of the imagination to expand the notion of the individual self.

Other Products from honigsbooks (View All)