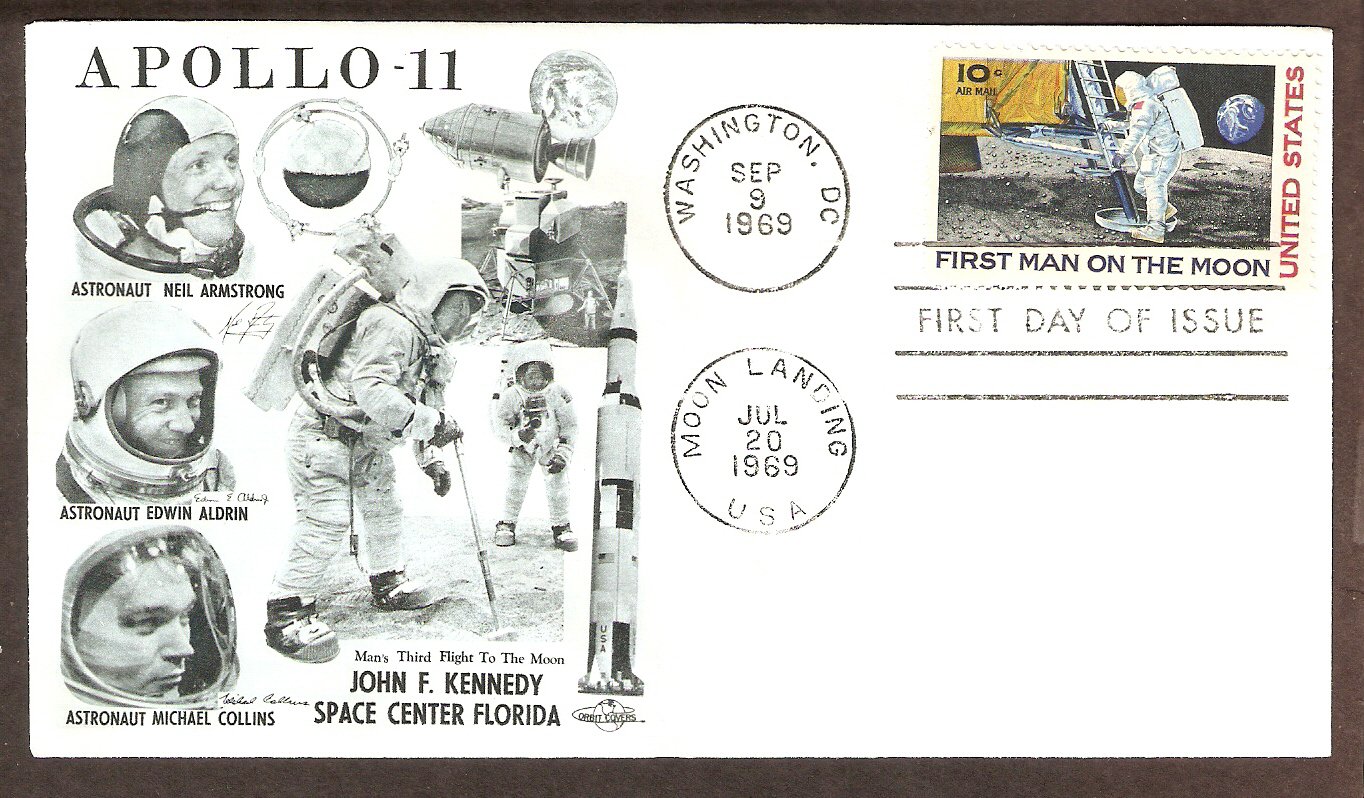 This Apollo 11 Mission Engraved Stamp which honors man's first landing on the moon, July 20, 1969, is 50% larger than the usual U.S. commemorative.

It was printed with a master die carried by Astronauts Neil Armstrong and Edwin Aldrin to the moon and back. While on the lunar surface, the astronauts postmarked a letter with a special "moon landing USA" cancellation.

Neil Armstrong became the first man to set foot on the moon when he descended the LEM ladder and uttered the now historic phrase, "One small step for a man, one giant leap for mankind."

The usual "first day of issue" postmark is accompanied by a replica of the cancellation used by the astronauts on the moon. The hand-cancelled "moon letter" traveled more than a half-million miles, farther than any other piece of mail in history. The journey, however, required less time than utilized by the old Pony Express to deliver mail from St. Joseph, Missouri to Sacramento, California backin1860.

This event is considered by many to be the greatest accomplishment of the 20th century. This cover is more than a memorial. It is part of the event.