An Illuminated History of the Future (Paperback) by Curtis White 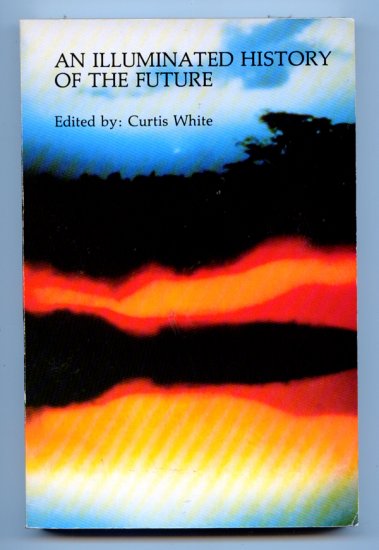 Tweet
An Illuminated History of the Future by Curtis White

Dark, disturbing scenarios abound in this arresting collection. Beverly Brown's allegorical "Gardener" conjures up a threatened and threatening paradise where the menacing overlord, obsessed with his goal of "parasite control," brutalizes plants and subordinates rather than nurturing them. Constance Pierce's "In the Garden of the Sunbelt Arts Preserve" depicts an artists' colony that is a home where no one belongs, certainly not the narrator, who filches a beer with someone else's name on it. And art overruns life in Conger Beasley Jr.'s "Japan Invades America": Asian performers crawl off a stage "like a swarm of insects . . . wave after ragged wave" and engulf rows of submissive theatergoers. Gerald Vizenor, Edward Kleinschmidt, David Wong Louie and Martha Baer are among the contributors. White, author of Metaphysics in the Midwest , is co-director of Fiction Collective Two.